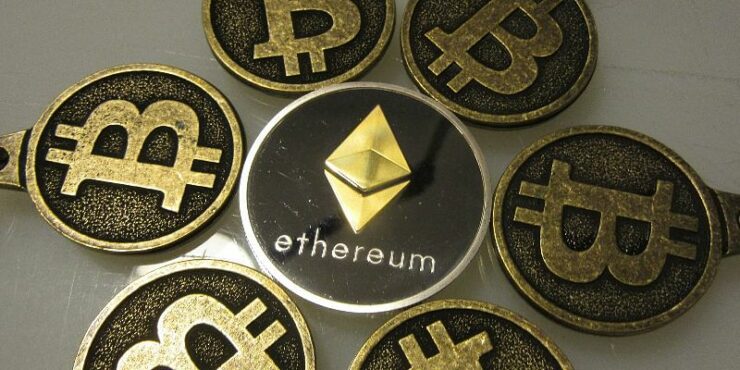 Ethereum ‘s Ether (ETH), the second-largest cryptocurrency after Bitcoin (BTC), is exhibiting extraordinary momentum these days, having recorded a gain of over 85 percent in just the past 30 days. With its inexorable march to new all-time highs, Ether is now likely to surpass its previous zenith relative to Bitcoin.

A confluence of developments is bolstering Ether’s upward momentum. First, the Ethereum blockchain is about to undergo its most significant overhaul in years. As an illustration, the Ethereum Improvement Proposal (EIP) 1559 will go live with the London hard fork in July. As a refresher, a hard fork is a radical change to a blockchain’s protocol that makes previously invalid blocks and transactions valid. So, what is crucial about the EIP 1559? Well, under the existing dispensation, miners receive a fee from Ethereum users when a transaction is added to a block. This is, in effect, a transaction fee. The EIP 1559 will now automate the calculation of a base transaction fee based on the network activity. Thereafter, the transaction fee, which is paid in Ether, will be destroyed. This will reduce the annual addition to Ether’s supply from the current 5 percent to just 1 to 2 percent. As per the rules of economics, when supply decreases, the price must increase if all else remains equal. Consequently, the EIP 1559 proposal is expected to provide a solid boost to Ether’s price.

It is an established fact that mining is an energy-intensive activity. Consider the fact that Bitcoin mining consumes as much energy as that of a mid-sized country. Now, the Ethereum 2.0 – dubbed Serenity – is set to take this problem head-on. The major upgrade is intended to improve the speed, efficiency, and scalability of the Ethereum network and is currently being implemented in phases. Expected to be completely in place by the end of 2022, Ethereum 2.0 will incorporate two fundamental changes – sharding and staking. Under sharding, the Ethereum blockchain will be broken into distinct “shards”. Each shard would act as an independent blockchain, hosting its own smart contract blocks. Within a shard, notaries – known as miners on other blockchains – would be selected randomly to vote on the validity of new shard blocks. These votes would be reviewed by a committee, and then the shard blocks would be merged with the main Ethereum chain. This, in effect, solves the scalability issue. Since every node will not be required to process/validate new transactions, the efficiency of the entire Ethereum network will improve dramatically, eventually having the capacity to process 10,000 transactions per second vs. the current rate of only 30 transactions per second.

The Ethereum 2.0 will also abandon proof of work (mining) in favor of proof of stake (staking) mechanism. Currently, in order to validate transactions and produce new blocks, miners have to expend computational power – by performing cryptographic calculations based on the hash rate – in order to forge consensus and discourage spamming or the frivolous use of the network. The miners then earn a reward (paid in Ether) for processing these transactions. Under the proof of stake mechanism, however, these “miners” will now just need to demonstrate how much Ether they own. To do this, a miner can create multiple master nodes, with each such node locking up a certain amount of Ether. The transaction processing rewards will then be distributed according to how much Ether a miner has staked. This is similar to earning interest in your bank account with one key difference – the miner still has to validate transactions to earn a reward, whereas a bank customer has to do nothing to earn interest. Again, staking will dramatically alter Ethereum and reduce its energy consumption on a geometric scale.

Given these radical changes, it is hardly surprising that Ethereum and its smart contracts are slated to become a major force in Decentralized Financing (DeFi). In fact, the network received a solid boost recently when the European Investment Bank (EIB) used the Ethereum blockchain to issue zero-coupon digital notes with a maturity of two years and a par value of 100 million Euros. All of this, of course, bodes well for the bullish momentum in Ether.

How high can Ether go in the near-term?

After detailing the fundamental bullish aspects related to Ethereum 2.0, let’s examine how high Ether can feasibly go in the near term. To do this, we’ll be employing technical analysis. The cross between Ether and Bitcoin is a handy tool to examine the relative strength of the two largest cryptocurrencies in the world and depicts how many Bitcoins can be purchased from 1 Ether. After peaking in 2017 as Bitcoin’s price crashed, the ETH/BTC bottomed in early 2020. In 2021 however, Ether has broken out spectacularly, recording almost 4 times as much gain as Bitcoin’s in recent weeks. The chart below illustrates this dynamic. 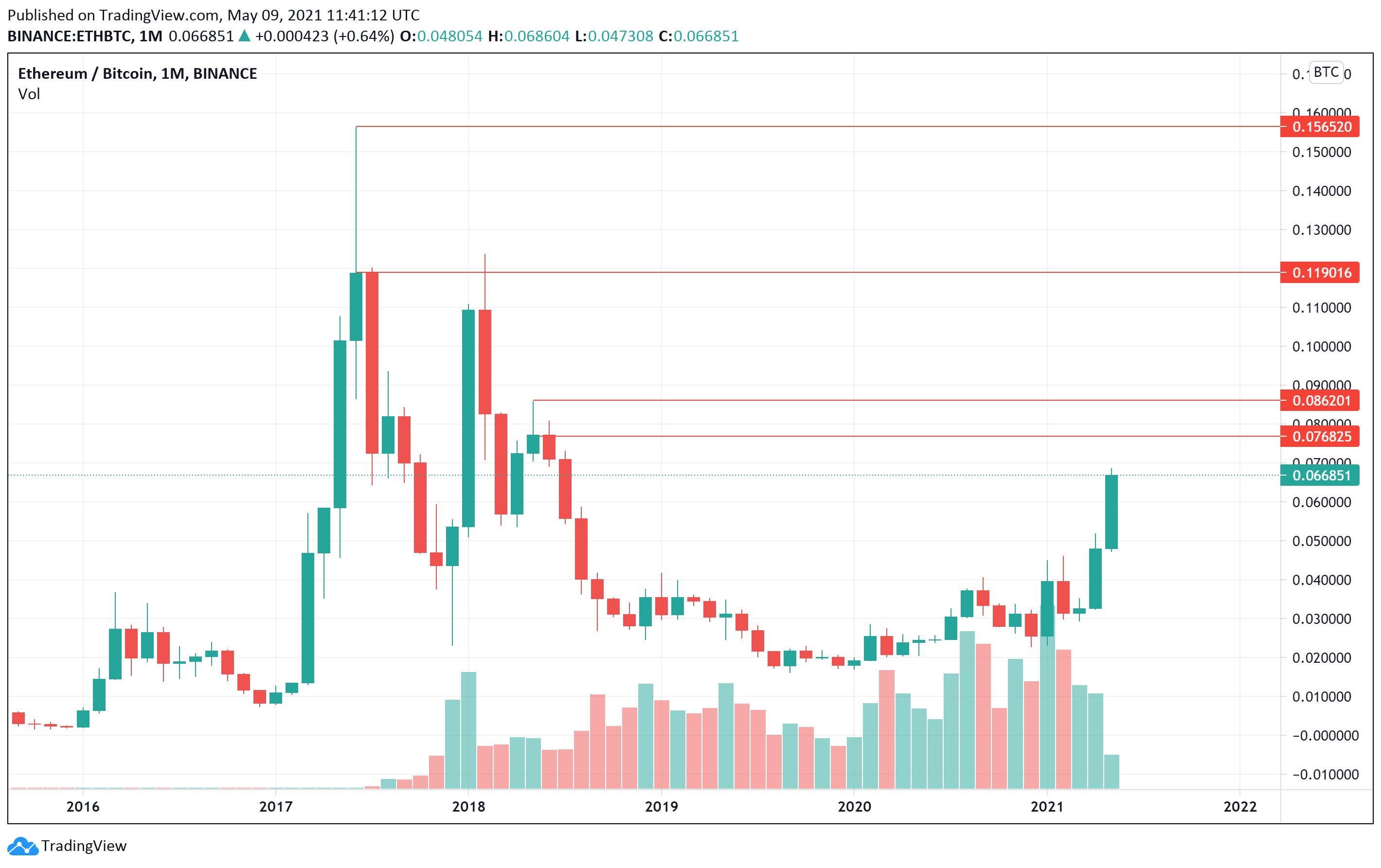 NIO Has Hired a Blockchain and Security Software Engineer in the United States – Is NIO Coin in the Offing?

We now believe that Ether will top the previous ETH/BTC high of 0.156520. Provided that Bitcoin’s price remains in the current consolidation phase, this corresponds to the Ether hitting over $9,000. Given the introduction of the EIP 1559 in July, we expect Ether to hit this milestone in the next few months, paving the way for Ethereum to gain a lot more main street credibility.

Nonetheless, there are risks involved. We have marked two distinct supply zones (indicated by red lines) in the chart above. These zones act as resistance and can thwart Ether’s upward momentum. However, given Ethereum’s structural changes and its growing role in DeFi, a major reversal in momentum in Ether is unlikely to materialize at this stage.

Blockchain technologies are increasingly leaving behind a bulky carbon footprint