In this setup, the price forms two peaks of almost equal heights known as “shoulders,” while the middle peak, also referred to as the “head,”  is significantly higher than the other two. The valleys of these peaks often find support on “neckline,” a breach of which confirms the start of a bearish regime.

UMA price confirmed a breakout as it breached the neckline on March 22. Now, a 20% crash to $19.3, determined by measuring the distance between the peak of the head and the neckline, seems likely. 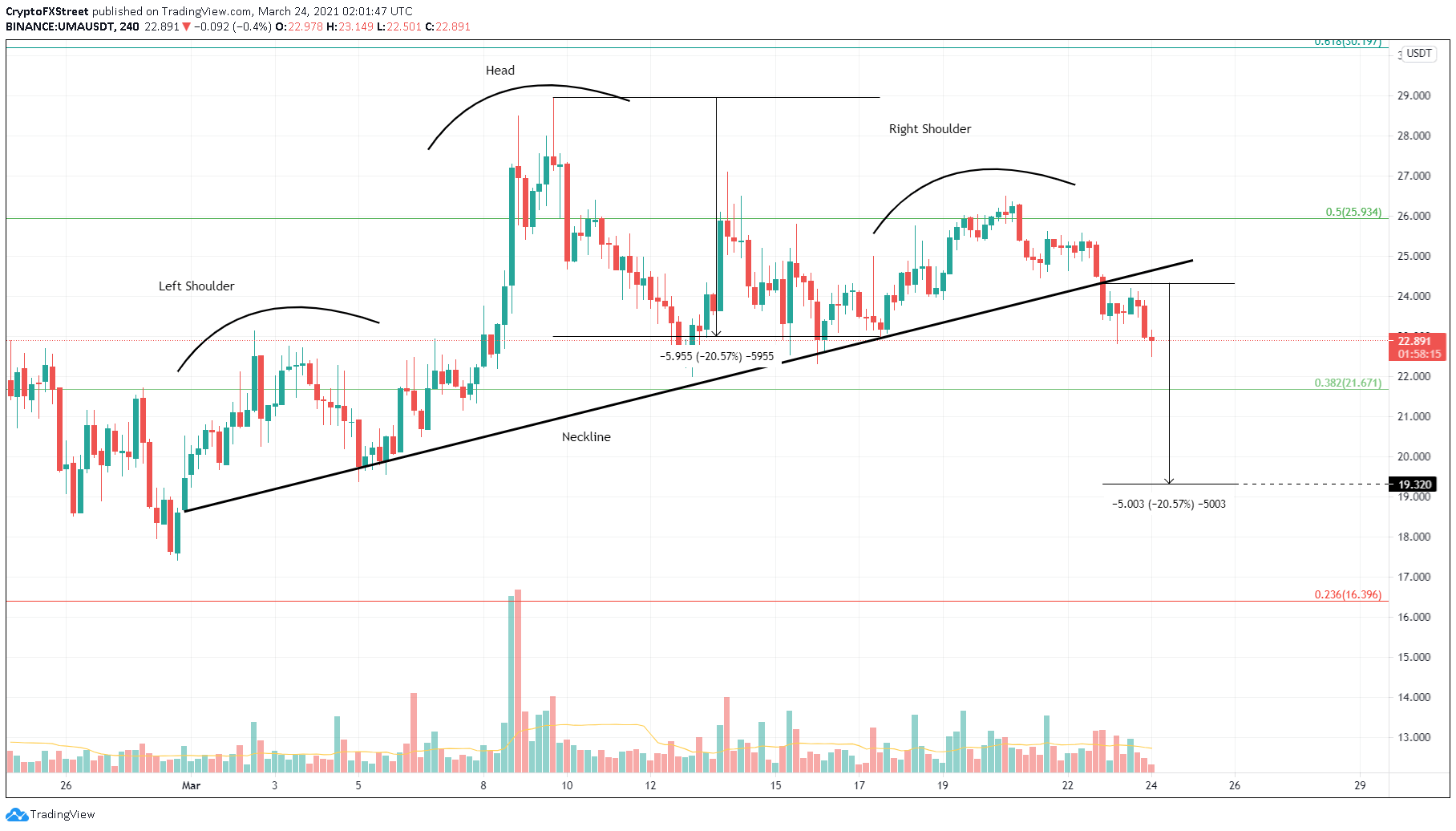 Supporting this bearish outlook for UMA is the IntoTheBlock’s In/Out of the Money Around Price (IOMAP) model, which shows a lack of demand barriers for the DeFi coin.

Only $21.13 stands between UMA price and a crash to $19.3. IOMAP cohorts reveal that about 240 addresses hold nearly 8.06 million UMA tokens here. If this level fails, bears will most likely push the cryptocurrency lower.

On the flip side, 38.2% Fibonacci retracement level at $21.67 could deter the descent in UMA price. Hence, a bounce from this level could provide bulls an opportunity to invalidate the bearish outlook.

Such a move will require the buyers to push the UMA price past the supply barrier at $26. Transactional data reveals that 350 addresses holding nearly 11.6 million UMA tokens are “Out of the Money” here and could deter an ascent.

If successful, this development creates a higher high further signaling sidelined investors to jump on the bandwagon pushing the altcoin up to $27.22.

Cryptocurrency Market to Hit USD 1758.0 Million by 2027; Growing Acceptance of