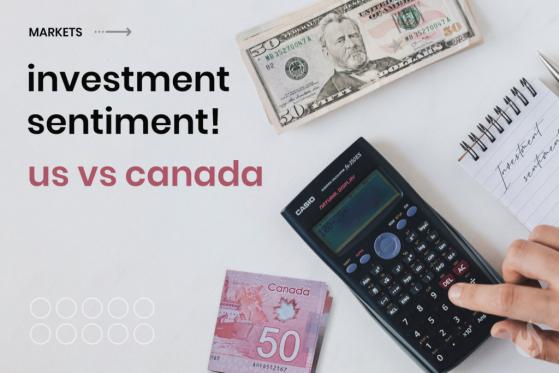 The U.S. and Canada are forging a path for the rest of the cryptocurrency industry to follow, both striving to make the ecosystem attractive for investors.

The U.S. prides itself as the country with the most crypto users in the world and is home to a large number of exchanges, mining facilities and crypto billionaires despite initial opposition from top government officials like Janet Yellen.

Not wanting to be outdone by its southern neighbours, Canada is also working towards an environment conducive to investment opportunities.

The U.S. has had a long, chequered relationship with cryptocurrencies since Bitcoin launched in 2009. The number of crypto users in the country has steadily been on the increase and is currently the highest in the world, with millions of users contributing to the volume of trade.

The US is home to some of the world’s largest cryptocurrency exchanges such as Coinbase, Bittrex and Kraken, and is also the origin of several leading cryptos and Blockchain-based projects.

Despite the challenges posed by the Securities and Exchange Commission and vocal critics like Janet Yellen, some of Wall Street’s biggest players such as BNY Mellon (NYSE:), JP Morgan and Morgan Stanley (NYSE:) are now embracing cryptocurrencies and are offering services to their client base. Moreover, corporations like Tesla (NASDAQ:) have become major investors in the cryptocurrency market.

MicroStrategy and Grayscale are increasing their cryptocurrency holdings at any given opportunity. The buzz surrounding cryptocurrencies in America has reached an all-time high, with U.S. citizens investing their stimulus packages in cryptocurrencies and retail investors matching Wall Street giants for the assets.

Canada is proving to be a country that is ideal for cryptocurrency investments. In 2013, the Canadian Revenue Agency announced that Bitcoin payments should be treated as barter transactions.

Recently, Canada became the first country to approve a Bitcoin ETF, doing so before the U.S. The Ontario Securities Commission approved the launch of Purpose Investments Inc. making it the “first in the world to invest directly in physically settled Bitcoin”. One month since its launch, Canadians have invested $150 million in BTC ETFs.

The Canadian Bank, VersaBank has unveiled plans to launch the first fiat-backed digital currency in the world. The President of VersaBank noted that this project will allow businesses and consumers the opportunity to reap the benefits of digital currencies.

Disclaimer: Fusion Media would like to remind you that the data contained in this website is not necessarily real-time nor accurate. All CFDs (stocks, indexes, futures) and Forex prices are not provided by exchanges but rather by market makers, and so prices may not be accurate and may differ from the actual market price, meaning prices are indicative and not appropriate for trading purposes. Therefore Fusion Media doesn`t bear any responsibility for any trading losses you might incur as a result of using this data.

Fusion Media or anyone involved with Fusion Media will not accept any liability for loss or damage as a result of reliance on the information including data, quotes, charts and buy/sell signals contained within this website. Please be fully informed regarding the risks and costs associated with trading the financial markets, it is one of the riskiest investment forms possible.