Cryptocurrency Values Plunged This Past Week. Should You Change Your Investing Strategy?

It’s been a rocky number of weeks for cryptocurrency investors, and now a number of popular digital coins, like Bitcoin and Ethereum, are down substantially from where they were just a month prior.

Of course, volatility is something all seasoned investors have experience with. The stock market, for example, has had its fair share of crashes throughout the years, and the cryptocurrency market, even more so.

But should the latest crypto crash cause you to rethink your strategy? Or should you stay the course as a cryptocurrency investor?

What the latest crash means

Just as stocks have the potential to crash when negative news comes out, so too can cryptocurrency values plummet whenever there’s the slightest bit of negative press. Last week, China’s central bank furthered its crackdown on cryptocurrency mining, which sent the value of digital coins on a downward spiral, to the point where Bitcoin had actually wiped out its 2021 gains. 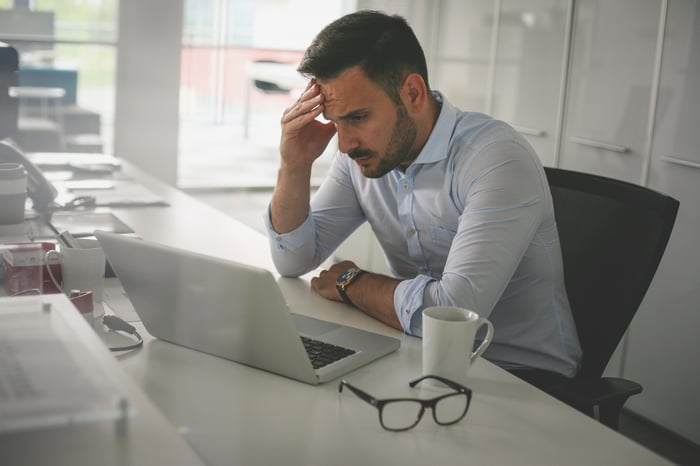 But while a cryptocurrency crash can be unsettling the same way a stock market crash can, ultimately, this really isn’t anything new. Crypto crashes happen often, and digital coins have recovered from them many times over, just as stocks have recovered in their own right.

As such, you don’t necessarily need to change your investing strategy unless you come to the realization that digital currencies are too volatile given your personal risk tolerance (and to be clear, there’s nothing wrong with acknowledging that you don’t have the stomach for them). But what you should do is take steps to make sure a short-term cryptocurrency crash doesn’t hurt you.

For the most part, that really means having an adequate amount of cash reserves on hand for emergencies. If you make a point to stock away three to six months’ worth of living expenses in the bank, you’ll put yourself in a much better position to ride out future cryptocurrency crashes. That way, if you end up needing money in a pinch, you won’t have to sell the cryptocurrencies you hold — potentially at a loss — to get it.

That said, if you’re fairly new to cryptocurrency, you should know that digital coins can be far more volatile than stocks, and for that reason alone, you may want to invest only a small portion of your assets in that market. In fact, a good rule of thumb is to go into cryptocurrencies assuming you’ll lose all of your money.

Obviously, that’s not what you want — and that may not happen at all. But if you adopt that mindset, then you’ll also end up stressing out a lot less if there’s a massive crypto crash.

Remember, there’s no such thing as a risk-free investment. It’s possible to lose money even with so-called safe investments like bonds if circumstances happen to align that way. But cryptocurrency is particularly risky, and so it’s important to make sure you’re protected against periods of volatility. If you arm yourself with enough money in the bank, a crypto crash like the one that happened this past week shouldn’t be something to lose sleep over.


Read More: Cryptocurrency Values Plunged This Past Week. Should You Change Your Investing Strategy?

Beyond Bitcoin: Know the top 10 ‘Altcoins’ and their performance