There Isn’t A Bitcoin ETF Yet, But This New Crypto… 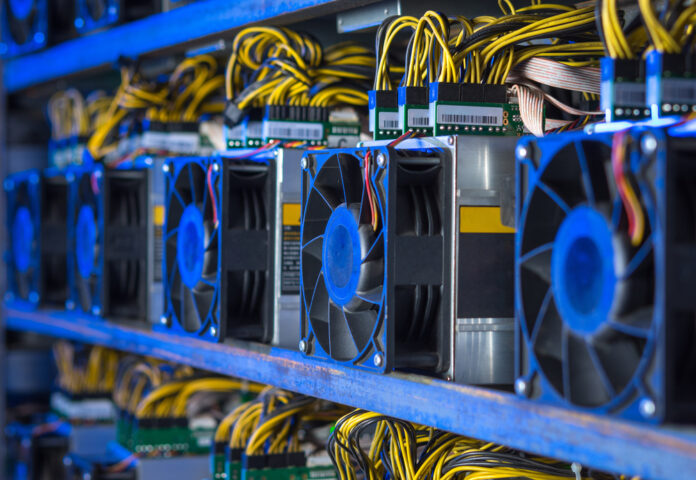 You may have heard about cryptocurrency mining but you may not  sure what it is all about. Digital currencies like Bitcoin and Ethereum do not simply appear out of the blue, but they are mined by people.

Crypto mining means gaining cryptocurrencies by solving cryptographic equations through the use of computers. This process involves validating data blocks and adding transaction records to a public record (ledger) known as the blockchain. After the verification, new cryptocurrency coins are also introduced into circulation.

Cryptocurrency works on a decentralized ecosystem and as such, peer-to-peer transactions are possible. BTC is one of the most popular and the largest cryptocurrency that is mined. However, it is important to note that there are other crypto assets that can be mined as well. Let us look at crypto mining in detail.

How The Mining Process Works

Miners are referred to as nodes in a blockchain network. Their main role is to collect different transactions that happen and lump them into blocks. Anytime there is a cryptocurrency transaction, the miners will check and verify them. Transactions are collected from memory pools and will be added to a candidate block. Each transaction is hashed and gathered from the memory pool, which is the initial step of mining crypto. The miner node will then add the transaction where they will send the mining reward.

The initial transaction recorded on a block is referred to as a coinbase transaction. Once all the transactions are hashed, the hashed will be grouped into a hash tree, which is known as Merkle Tree. The tree is formed by putting the hashes in pairs and then hashing them again. This process is repeated over and over again until the hashes get to the top of the tree. Strange, as it may sound, the top of the tree is referred to as a root hash. The root hash is placed on the block header and then it is hashed again and produces a new output which will serve as the identity of the candidate block.

For any transaction to be verified as a valid one, the block hash needs to be less than a specified value. This value is determined by the protocol and as such, each has will start with a number of zeros.

The scarcity of cryptocurrencies is one of the attributes that makes them valuable. There are so many coins that you can trade on the Bitcoin Billionaire app and each have its value. During the mining process, as we have already established there is a target value, which is also referred to as hashing difficulty. This is a safety measure provided by blockchains and the value is adjusted by the protocol. As such, the rate of creating new blocks is maintained at a constant and will be proportional to the amount of hashing power used.

Every time new users join a network to mine cryptocurrencies, this increases competition. As the competition increases, the hashing difficulty also increases. With such parameters in place, the block time will be protected from decreasing. On the flip side, when miners leave a network, there is lower competition and this forces the hashing difficulty to decrease as well. Networks have different ways of ensuring the miners are always rewarded for their efforts.

As you can see, cryptocurrency mining is a serious and engaging process that has so many elements to consider. If you are considering taking the role of a cryptocurrency miner, it is advisable to get as much information as possible so as to make the right decision. You can make a decent income through crypto mining with the right resources in place.

There Isn’t A Bitcoin ETF Yet, But This New Crypto Mining ETF Offers An…

These Are The Ten Worst Cryptocurrencies

Search Crypto News Jul 23, 2021
The crypto market has been among the best performers over the past few years. Moreover, the COVID-19 pandemic…

The battle of 187’s ripple effects