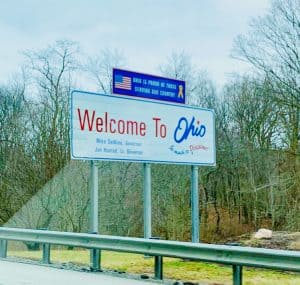 BIT Mining Ltd said it will increase its investment in the Ohio crypto mining data center, which is being developed with Viking Data Centers, to add “up to 65 megawatts” of power capacity in addition to “the 85MW per the original design, bringing the Ohio Mining Site’s total planned power capacity up to 150MW.”

The Ohio Mining Site is scheduled to be “completed by March 2022.”

The update also mentioned that BIT Mining will increase its investment by around $11 million, $9.8 million of which will be “paid in cash” and “the remaining $1.2 million, payable to Viking Data Centers will be settled either in cash, or in the form of Class A ordinary shares, par value $0.00005 per share of the Company, at the Company’s discretion.”

Upon the execution of the increased investment, the firm’s equity interest in the Ohio Mining Site will be “increased to 55%, and Viking Data Centers will hold the remaining 45%.”

The increased investment will be directed towards funding “the buildout of the 65MW of additional power capacity.” This will be “developed in two phases, with 25MW in the first phase and 40MW in the second.” The parties currently expect to “reach these power capacity milestones by February 15, 2022 and March 31, 2022, respectively,” the announcement noted.

The transactions “contemplated by the Increased Investment are subject to customary closing conditions,” the update confirmed.

Upon completion of the crypto mining data centers in Ohio and Kazakhstan, BIT Mining expects that, by March 2022, its cryptocurrency mining machines “will have access to a total power capacity of up to 190MW.”

“The progress made to date with our global expansion strategy has been very encouraging,” stated Xianfeng Yang, CEO at BIT Mining.

Yang added that their multi-site approach and geographic diversification has offered them with more flexibility to shift resources and capitalize on regions with “more favorable market dynamics, and over time, generate greater returns for stakeholders.”

“We will continue to execute on our plan, investing in technology, innovation and high-quality mining resources around the world, while building a strong foundation across the cryptocurrency ecosystem.”

TeraWulf Issues an Open Letter to Shareholders from Chairman…

TeraWulf Issues an Open Letter to Shareholders from Chairman and CEO