As cryptocurrencies continue to gain acceptance amongst traditional finance circles, one public pension fund was willing to dip its toes into the digital currency world while most still sit on the sidelines.

The debut of a bitcoin futures ETF by ProShares could have certainly been a catalyst, but the leading cryptocurrency bitcoin’s gain of over 100% this year can certainly account for the interest. Additionally, bitcoin reached an all-time high in a bullish October, which also sparked more interest.

The second leading cryptocurrency, ether, the native token of the blockchain ecosystem Ethereum, also made a new high just recently, sparking more interest into the decentralized finance space. Ethereum’s blockchain ecosystem is also an open-source platform, allowing for other developers to create their own tokens.

Still, a lot of institutional investors aren’t fully on board with digital currencies just yet. One public pension fund, however, decided that it was auspicious timing to start getting into the cryptocurrency game.

“While some endowments and family offices have been eager to add cryptocurrencies to their portfolios, public pension funds have generally taken a more wait-and-see approach,” an Institutional Investor article says. “But for one group, that changed on October 21, when the Houston Firefighters’ Relief and Retirement Fund announced that it had made its first investment in Bitcoin and Ethereum.” 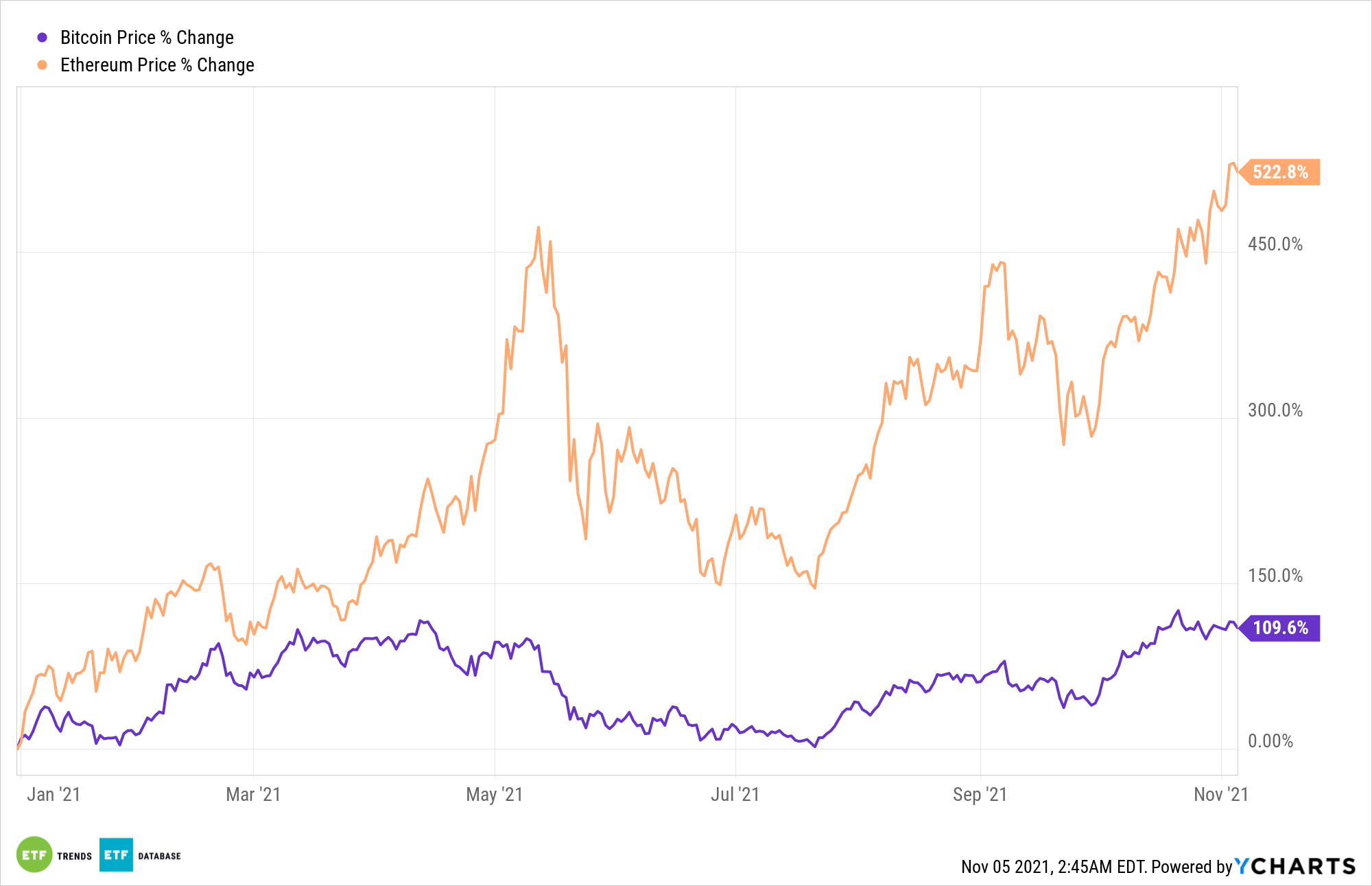 HFRRF allocated about a half percent of its portfolio to cryptocurrencies, getting exposure to a still-nascent space while also mitigating downside risk. The obvious reason for the careful allocation was the volatile nature of cryptocurrencies, but that may be easing as time goes by and prices get higher.

“In terms of technical analysis, it’s very volatile,” said Ajit Singh, HFRRF’s chief investment officer. “But if you look at historical volatility, it has come down quite a bit… As the price is going up, the volatility is going down.”

Singh saw the writing on the wall when family offices and endowments were starting to get into cryptocurrencies. These investors usually blaze paths in terms of innovation, and Singh quickly saw an opportunity to follow suit.

Singh ultimately pulled the trigger upon hearing that life insurance company Mass Mutual announced that it acquired a minority stake in institutional cryptocurrency custody provider NYDIG, as well as $100 million in bitcoin.

“I thought, this may have a place in a pension fund,” Singh surmised.

For more news, information, and strategy, visit the Crypto Channel.

Dogecoin price at risk of flash crash towards $0.10