1 Warning From Elon Musk Every Cryptocurrency Investor Needs to Know

Elon Musk doesn’t mind expressing his opinions on anything from cannabis to space exploration. The Tesla CEO is rarely without a view on whatever the hot topic of the moment might be.

You don’t have to agree with him. In most cases, there’s no compelling need to even pay attention to Musk’s comments and tweets. However, there’s a recent exception if you invest or are interested in investing in digital coins. Here’s one warning from Musk that every cryptocurrency investor needs to know. 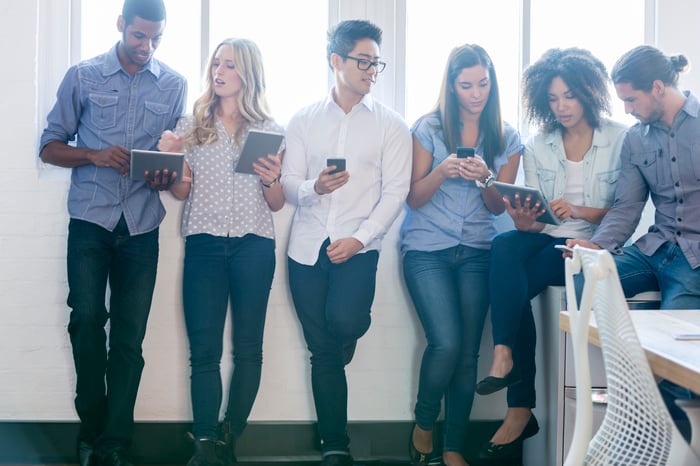 It’s no secret that Musk is a big fan of cryptocurrencies. While he doesn’t own Shiba Inu (CRYPTO:SHIB) as some thought he might, he’s been a longtime proponent of Bitcoin (CRYPTO:BTC). Tesla has invested in Bitcoin and even accepted the digital coin as a payment option for a while.

Musk has also proclaimed himself “the Dogefather” because of his support for Dogecoin (CRYPTO:DOGE). Earlier this year, the billionaire revealed that he also owned Ethereum (CRYPTO:ETH) in addition to Bitcoin and Dogecoin.

Last month, Musk was asked in a tweet about another cryptocurrency. He replied that he only owned Bitcoin, Dogecoin, and Ethereum — a confirmation of what he said at a conference in July 2021. However, he also gave a warning: “Don’t bet the farm on crypto!”

This wasn’t the only time that Musk urged not to go too far with buying cryptocurrencies. In February of this year, the Tesla CEO stated, “People should not invest their life savings in cryptocurrency, to be clear — that’s unwise.” In May, he tweeted, “Cryptocurrency is promising, but please invest with caution!”

Where to put the bulk of your money

In his October tweet, Musk even hinted at what investors might consider doing with the bulk of their money that isn’t invested in cryptocurrencies. Immediately after warning not to bet the farm on crypto, he said, “True value is building products & providing services to your fellow human beings, not money in any form.”

Warren Buffett couldn’t have said it better himself. Unlike Musk, the legendary investor has a visceral dislike of cryptocurrencies. However, both men agree that companies that provide products and services that people use create value while other assets such as digital coins and gold don’t.

Musk likely had his own companies — Tesla, SpaceX, The Boring Company, and Neuralink — in mind when he referred to “building products & providing services.” That’s where the bulk of his fortune is.

He hasn’t revealed exactly how much he’s invested in cryptocurrencies. But it’s probably not a large amount.

In early 2019, Musk said that he only owned 0.25 Bitcoins. And those were given to him by a friend. His tweet in October of this year said that he bought Bitcoin, Dogecoin, and Ethereum “out of curiosity.” That doesn’t seem to indicate a large position in any of the cryptocurrencies.

Why Musk is right

Most investors probably don’t need to hear Elon Musk tell them not to bet the farm on crypto. But some do.

And even for those who understand the importance of diversification and managing risk, the temptation to invest more heavily than is prudent into digital coins can be great. That’s especially the case when you see millionaires and even billionaires who made their fortunes putting a lot of money in Shiba Inu.

Musk’s warning deserves attention for one simple reason: He’s right. His advice doesn’t just apply to cryptocurrencies, of course. Investing too much into any asset can be dangerous, whether it’s Bitcoin, Shiba Inu, or Tesla stock.

However, digital coins are even more speculative than a stock such as Tesla. The valuations of cryptocurrencies depend on factors that tend to make them much more volatile than most stocks.

Yes, some cryptocurrencies will go “to the moon.” Others, though, are more likely to crash and burn. Buffett’s hard line against buying any cryptocurrencies goes too far for many investors. But Musk’s cautionary perspective is one that everyone should heed.

A Crypto Scam That Robbed Investors Off $3.38 Million

How To Build a Crypto Mining Rig: The Basics