How is Blockchain Used in Business Intelligence? 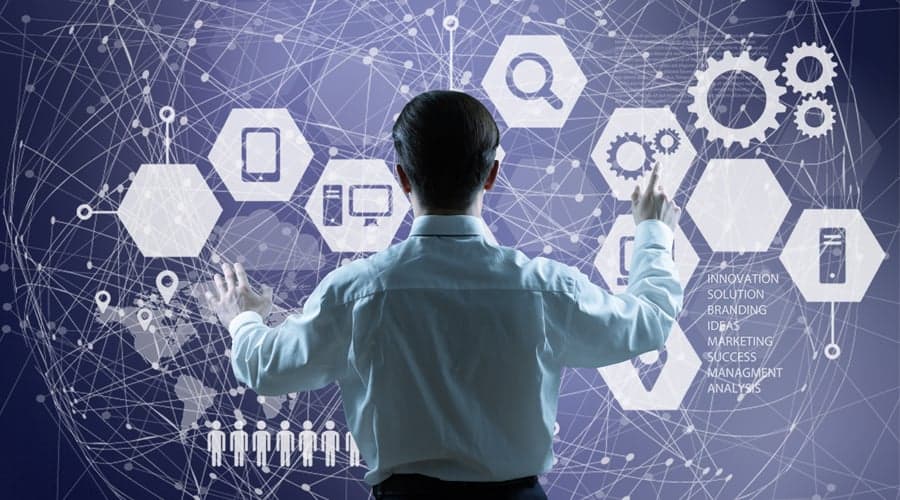 Any firm, no matter what sector it belongs to, develops every now and then. This expansion is frequently aided by ever-changing business environments and industry breakthroughs. Technology plays a vital role in the growth of today’s world. Blockchain is the most significant technological advancement in recent years.

It has become necessary for firms and organizations to be open to dramatic reform in order to have a long-term business strategy and remain relevant. One such breakthrough that will connect businesses and society is blockchain. Let’s take a look at how it impacts the business intelligence field.

What is Business Intelligence?

Both analytics and business intelligence are functional business systems. They are aiming for big data management to be adopted in firms and enterprises to collect statistics from the past and present, as well as statistical methodologies and software to analyze the raw data and produce deep insights that will contribute to informed decision-making.

Business intelligence is concerned with the past, how it occurred, and the path that resulted in the present. It will discover trends and patterns to aid strategists in comprehending the past and making future judgments.

Business analytics is concerned with the ‘why’ of data and historical events. It dissects the relevant elements and examines each one separately in order to make effective choices regarding the future.

Role of Blockchain in Business Intelligence

Due to the availability of records within networking, blockchain, which is well recognized in the Bitcoin industry, offers consumers data that cannot be modified.

Various businesses can use blockchain to transform the way they conduct global commercial transactions. Because both parties are unfamiliar with each other, such transactions are especially prone to exploitation.

Many firms choose to make payments through a third-party individual or corporation rather than using a Nostro or Vostro account, which might cause delays in payments and item deliveries.

In the case of some worldwide businesses, such operations, if delayed, can be dangerous and result in significant losses.

And this is where blockchain comes in handy. Blockchain eliminates the need for third-party organizations and providers, allowing businesses to easily communicate and conduct one-to-one transactions.

Blockchain reduces the vulnerability of international transactions and their vulnerability to fraud by disintermediating them. It saves money not only because there are fewer third parties involved, but also because it takes longer to implement other security measures.

Besides the supply chain industry’s specific use case, blockchain provides firms with a better ability to modify their supply networks. Other advantages include real-time resource usage tracking, precision metering, and so on.

Initial Coin Offerings, or ICOs, are a terrific method for businesses to raise funds. They are company-specific, blockchain-based tokens that enable entrepreneurs to circumvent traditional investment firms and banks when seeking finance.

Due to the decentralized nature of blockchain, keeping a record becomes genuinely immutable and tamper-proof. In the actual sense of the term, business intelligence will evolve, particularly when it comes to safeguarding record-based systems.

Business intelligence is still the only field that will be altered as a result of blockchain support. All of these value-based considerations only skim the surface of blockchain’s possibilities for business intelligence and blockchain in statistics. Business analytics in the future will be not only safer but also more accurate, thanks to blockchain. Blockchain technology has the ability to create safe, up-to-date networks and transactions in the corporate world.

Organizations should adopt blockchain services in business intelligence in the near future to protect user data and other key financial data that businesses own.

In addition, blockchain will assist many startups in raising financing through initial coin launches, allowing them to avoid venture capital firms.

Do the sharing thingy

Read More: How is Blockchain Used in Business Intelligence?