Bitcoin, Ethereum, Dogecoin Buoyant As Appetite For Risk Assets Makes A Comeback Before The

The top three gainers over 24 hours were Loopring (LRC), IOTA (MIOTA), and Curve DAO Token (CRV), according to CoinMarketCap data.

“Stablecoins remain vulnerable to US regulation, but it seems the cryptoverse will most likely embrace regulatory clarity,” wrote the analyst, in an emailed note. On Bitcoin, Moya said many investors believe the bottom is in place.

Even though Bitcoin is trading nearly 30% below its all-time high of $68,789.63, the weakness has not deterred strong hands from accumulation, according to Glassnode.

The on-chain analysis firm pointed to Illiquid Supply — which is the amount of Bitcoin held by on-chain entities with more than or equal to 75% inflows in their ledger history — to make its point.

These Illiquid entities sold off in May along with the bulk of the market, but since then they have stepped up the hoarding of coins and are currently taking possession of coins at a rate of 3-4x daily coin issuance, as per Glassnode. 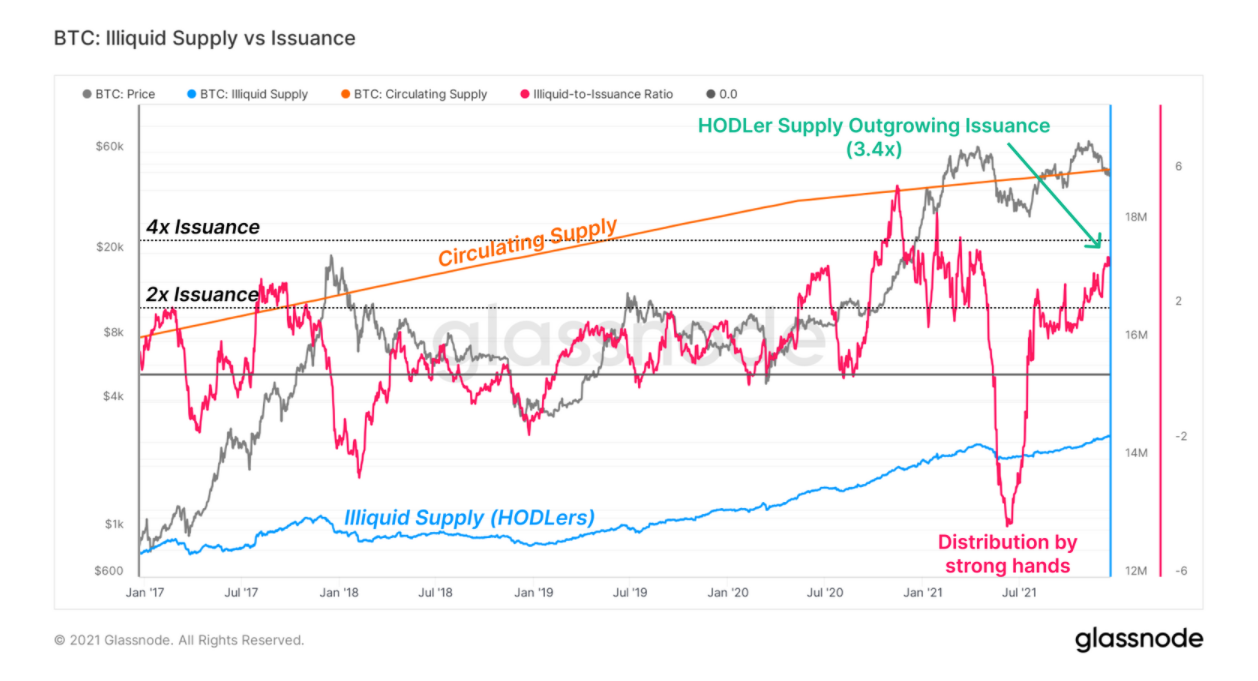 “Put another way, strong handed HODLers are absorbing supply at more than triple the rate of new coins being mined each day,” wrote Glassnode.

Meanwhile, despite the attraction of lower transaction fees on alternative networks, Ethereum still continues to dominate the non fungible token or NFT space in terms of volume, as per a Delphi Digital note. 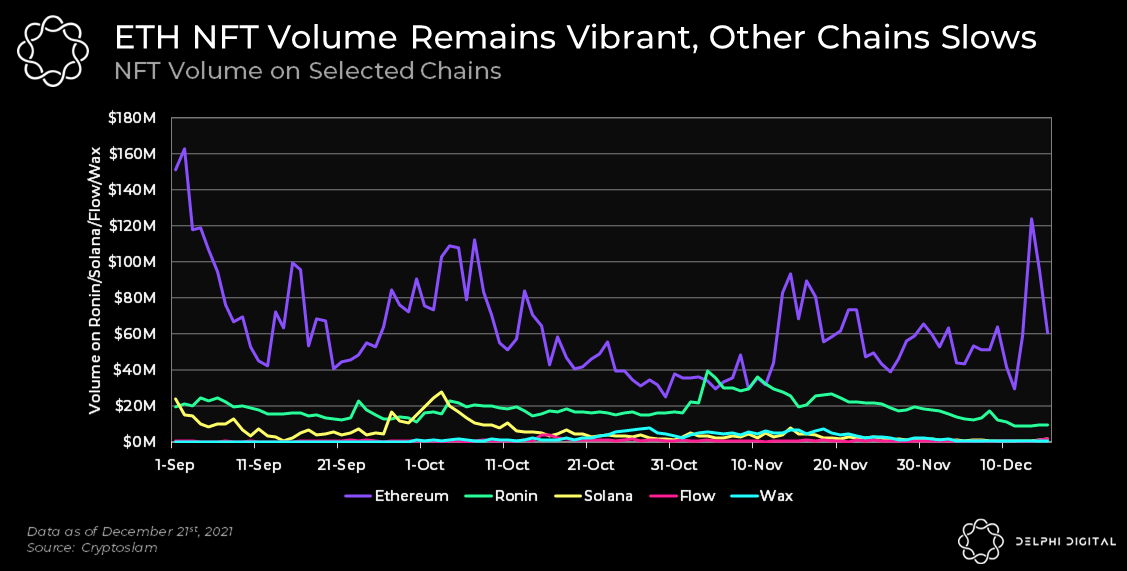 Data shared by the cryptocurrency research company shows that while NFT volume remains vibrant, other chains have seen a slowdown.

Read Next: Cardi B Wants To Know If Crypto Will Replace The Dollar And, Of Course, Invites Answer From Jack Dorsey

Read More: Bitcoin, Ethereum, Dogecoin Buoyant As Appetite For Risk Assets Makes A Comeback Before The

Media Is Adopting A Bitcoin Standard