Is Cardano a Smart Cryptocurrency to Buy Now?

In recent years, the cryptocurrency space has become quite crowded. Gone are the days when just a few digital assets dominated the headlines. There are now over 8,000 different crypto assets, and new tokens join the fray all the time. Of course, the crypto market itself has already created tremendous wealth, rising 240% in the last year alone. But given the sheer volume — not to mention the hysteria around meme tokens like Shiba Inu and Dogecoin — it can be challenging to separate the good from the bad.

That being said, Cardano (CRYPTO:ADA) stands out from the pack. Not because of its functionality — at least, not yet — but because of its experienced developer team and strong growth strategy. Does that mean Cardano is worth buying? Let’s take a closer look. 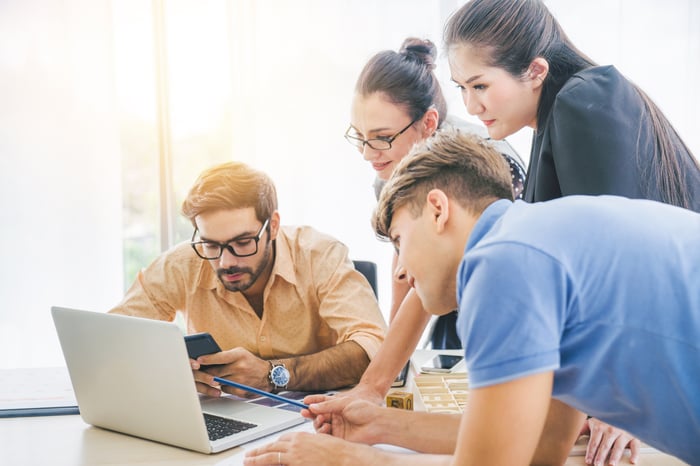 In 2015, ex-Ethereum founder Charles Hoskinson started the Cardano project along with former colleague Jeremy Wood. Two years later, the Cardano blockchain (powered by the ADA token) made its debut, featuring the first peer-reviewed consensus protocol: a type of proof of stake (PoS) known as Ouroboros.

Compared to Ethereum, which relies on energy-intensive proof-of-work consensus, Cardano’s PoS consensus makes it more eco-friendly and sustainable. Moreover, rather than rushing to implement new features, the developer team has based each decision on academic research, dividing the Cardano project into five stages that address its foundation, decentralization, smart contracts, scalability, and governance.

The project is currently in phase three, and smart contract functionality was added to the blockchain in September 2021. If you’re new to cryptocurrency, smart contracts are just computer programs that run under predefined conditions, and they form the heart of decentralized applications (dApps), including decentralized finance (DeFi) applications. Of course, this functionality is new, meaning Cardano’s ecosystem of dApps is quite limited compared to other blockchains like Ethereum and Solana. But that should change in the future.

There’s also another point to consider. Cardano has been clocked at 257 transactions per second (TPS) — that makes the platform much faster than the likes of Ethereum, which can handle roughly 30 TPS. But it pales in comparison to Visa‘s theoretical limit of 24,000 TPS. If Cardano is to achieve widespread adoption, it needs to be faster (i.e., more scalable).

Phase four will solve that problem with the implementation of Ouroboros Hydra, an upgraded version of the consensus protocol. Specifically, Hydra will enable multiple side chains to be added to the main blockchain, thereby distributing the network load more efficiently. Hydra is still in development, but simulations have clocked side chains at 1,000 TPS, and with 1,000 side chains, Cardano could theoretically support 1 million TPS in the future. 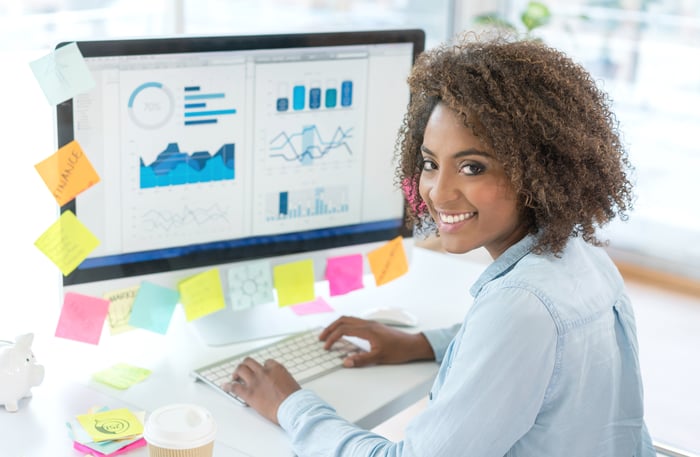 Cardano is certainly a more speculative bet than other cryptocurrencies, and that’s saying something. However, its academically driven developer team is executing a smart growth strategy. Assuming Cardano makes good on its promise of tremendous scalability, the platform could be quite popular with dApps builders and DeFi investors a few years from now.

On that note, increased adoption of services on the Cardano blockchain would translate into more transaction fees, meaning more demand for the underlying ADA token. That should drive its price up over time. Likewise, owning ADA tokens makes you a stakeholder in the network. You could start your own stake pool to help verify transactions and secure the blockchain, or you could simply lend your tokens to an existing stake pool — either way, you’d earn rewards.

Of course, all of this is contingent upon Cardano achieving the necessary scalability, and upon adoption by both dApp developers and consumers. But with 4,000 projects currently in the works, I don’t think it’s a stretch to imagine Cardano as a thriving ecosystem a few years down the road. That’s why this cryptocurrency looks like a smart long-term investment.


Read More: Is Cardano a Smart Cryptocurrency to Buy Now?

Why bitcoin is worse than a Madoff-style Ponzi scheme

Paraguay Could Approve Crypto Regs in 2022