Cardano price recently broke out above the bear-market angle on its $0.02/3-box reversal Point and Figure chart. That move has resulted in Cardano converting to a bull market. Cardano price shows bulls now in control, but many participants are still waiting for confirmation.

Dogecoin price lacks the will in establishing any bias which can be seen in its price action over the past two weeks. DOGE is likely to retest the immediate support level if it fails to slice through the overhead barrier.

XRP price to provide a buying opportunity before Ripple rallies 15%

XRP price has been on an upswing streak since it broke out of a vital resistance barrier. This development has allowed Ripple to defy the short-term bearish outlook that is present among many altcoins. Going forward, investors can expect the altcoin to continue its ascent after a brief retracement. 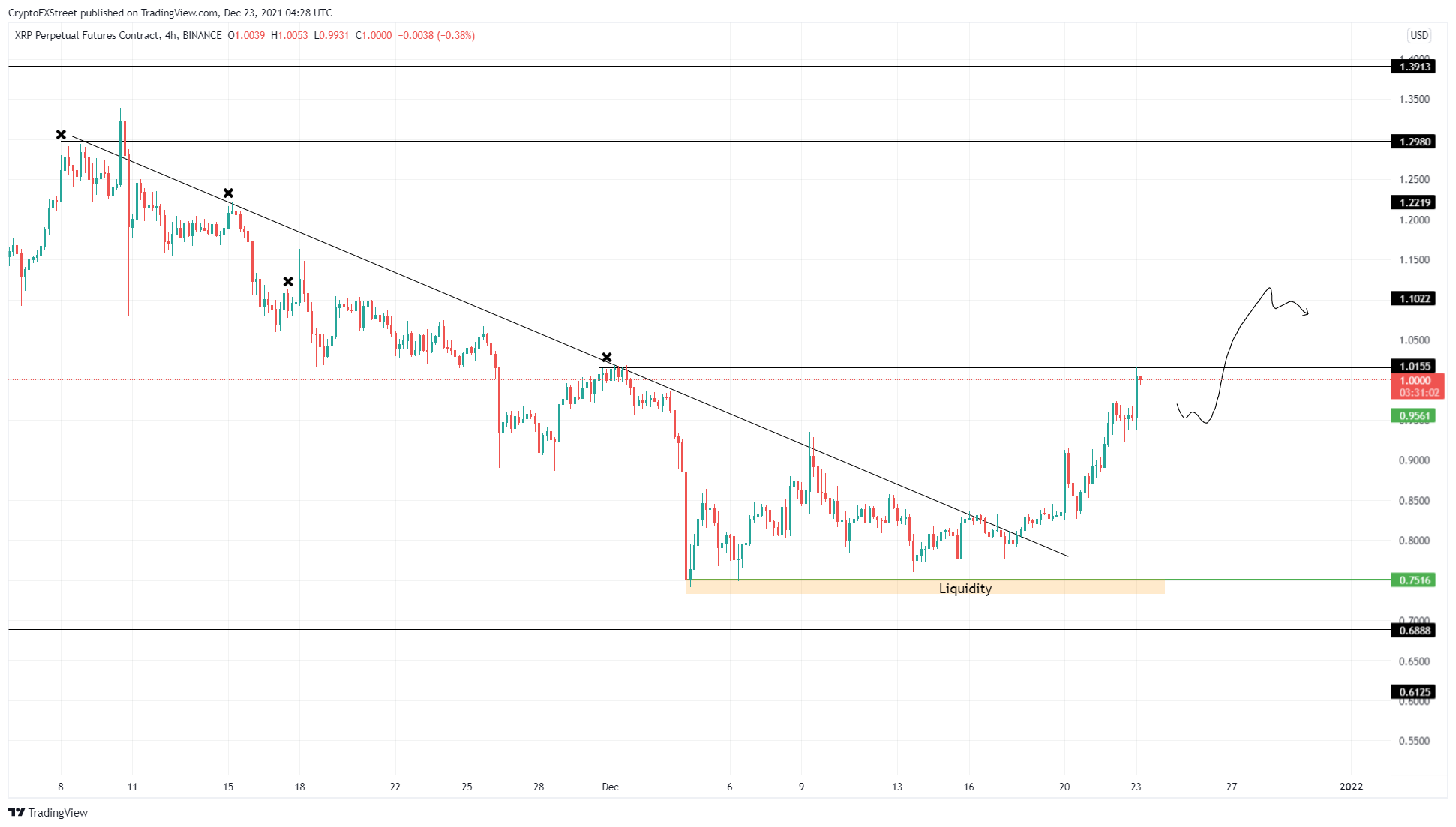 Cryptocurrencies That Have The Potential to Unseat Bitcoin In ‘22

Is Ether Still a Good Investment?