South Korean police and prosecutors are investigating Do Kwon’s Terraform Labs after the $40bn implosion of his tokens rattled the global cryptocurrency market.

The Seoul Metropolitan Police Agency said it had launched a probe into allegations that an employee of Terraform Labs embezzled an undisclosed amount of the company’s bitcoin holdings.

The probe comes after the Seoul Southern District Prosecutors’ Office launched an investigation in late May into two collective complaints filed on behalf of a total of 81 investors over allegations that “Terraform founders and the company deceived investors with their flawed algorithmic coins”, according to the documents.

Financial authorities around the world are working to tighten regulation of the crypto market following the spectacular collapse of terraUSD, a stablecoin, and its counterpart luna, developed by the 30-year-old South Korean.

A special financial crimes unit in South Korea revived by new justice minister Han Dong-hoon is conducting an inquiry into the crash, said a spokesperson from the Seoul Southern District Prosecutors’ Office.

“We are looking into the case as people filed complaints against the founders, accusing them of fraud and violations of financial regulations,” the person said.

About 280,000 South Koreans were holding 70bn luna coins, according to South Korea’s Financial Services Commission. Investors were drawn to the token in part because they could deposit their terraUSD coins for a promised 20 per cent yield.

Kwon did not respond to a request from the Financial Times for comment. He is believed to be in Singapore, according to his acquaintances.

Daniel Shin, co-founder of Terraform Labs, denied the accusations by investors of fraud and breaching financial regulation. “There was no intention of deception as we just wanted to innovate the payment settlement system with blockchain technology,” Shin told the FT.

He added: “We were not aware of any flaws in the coins’ algorithm and there was no attempt at manipulating their prices.”

South Korean regulators are also planning to conduct an on-site review of a digital payment system called Chai, run by Shin, because it was previously linked to the terraUSD/luna network, according to the regulator. 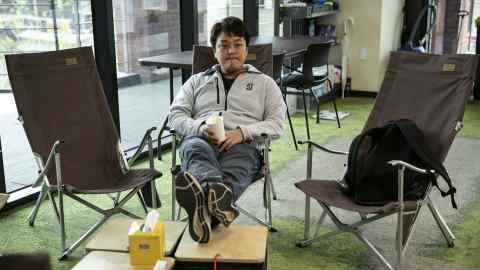 South Korea was an early adopter of cryptocurrency, with the Korean won the third most widely used currency for bitcoin trading after the dollar and yen. The won accounts for about 3 per cent of global trading, according to data from Coinhills.

More than a dozen bills are pending in South Korea’s parliament to strengthen investor protections by holding crypto exchanges accountable for any related crimes such as unfair trading and financial scams.

Since the luna crash, Terraform Labs has split the luna blockchain in half in a “hard fork” of the network and awarded new coins to previous holders.

Almost two weeks after the new luna coins began trading, their price has dropped more than 80 per cent to new lows. The coin is now trading at $3.5, according to CoinGecko data.

What Does a Risk Analysis Say About Ambire AdEx (ADX) Wednesday?

Forget Bitcoin! I’d much rather hold top dividend stocks like these 2