Mooners and Shakers: Fantom surges as crypto opera plays on;…

Is BitCash (BITC) Worth the Risk Thursday? 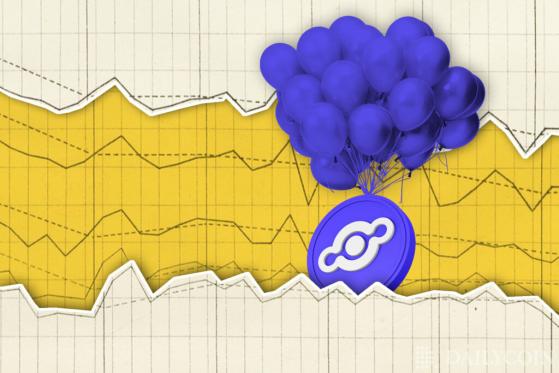 Helium (HNT) is a decentralized blockchain that powers The People’s Network, currently described as the fastest-growing wireless network in the world. Helium is a 5G Internet-of-Things-focused project.

Helium’s technology allows anyone to build huge, cost-efficient wireless infrastructure. Users can leverage Helium’s nodes called Hotspots to connect low-powered wireless devices allowing them to communicate with each other and send data across its network.

One of the biggest milestones for Helium was raising $200 million from Tiger Global and Andreessen Horowitz in March 2022. Since then, how has the Helium project performed?

On Thursday, June 8, Helium Foundation announced the launch of the Helium Wallet. The wallet is available in Apple (NASDAQ:) and Android play stores. The app will help users manage tokens and identities on the Helium network.

By importing their unique 12-word seed phrase into the new Helium Wallet App, users can use the App to control all their hotspots. The option is found in Maker Apps or Dashboards.

Just after launching its wallet, Helium Foundation announced the launch of MosoLabs. The new firm will focus on providing users with exceptional products that empower people to build, use, and grow the Helium 5G network.

MosoLabs is a company that designs and distributes innovative hardware and software for open, decentralized wireless networks.

Helium will be participating in Helium House ATX on June 11, where it will “showcase and celebrate digital currencies” at the Riley Building in Austin, Texas.

Following the successful voting on the Helium Improvement Proposal 51 (HIP-51), Helium now looks to make Helium and its token HNT become a “Network of Networks.”

Helium developers will now work to scale the Helium Network to support new users, devices and different types of networks, including cellular, VPN, WiFi and LPWAN.

The significant developments have helped Helium (HNT) maintain a sustained rally. While other cryptos have consolidated in June, HNT has been rallying and is the third biggest gainer.

The price boost has helped Helium scale several positions on this ranking. Helium is now ranked as the 41st largest crypto by market cap. At this writing, HNT trades at $11.46 and has a market cap of $1.388 billion.

Describing itself as the People’s network, Helium prides itself on being a community-centric project. Helium Hotspots allow community members to earn by mining free HNT with only their mobile phones. This feature of Helium has endeared users to the project.

One Twitter (NYSE:) user, @NetflixCrypto, writes about the Helium mining;

The @helium $HNT crew are up to some pretty cool things. Can’t wait for @DorTechnologies rewarded with $DAG real world utility pic.twitter.com/5NRv8OfNA9

Another user, @getmntd_, writes about Helium;

Johan Zijlstra has this to say about the Helium project;

The only way is to impose a tax on every connection. Don’t even have to be much, something like 0.001 cent. Can be easily achieved with crypto. Helium does it already on their mobile network

Why You Should Care

Helium has proven to be a very ambitious project since its launch. Raising $200 million from the likes of Tiger Global and Andreessen Horowitz to build the decentralized wireless future speaks volumes of Helium’s potential to make future progress.

Is BitCash (BITC) Worth the Risk Thursday?

Should You Sell PureVidz (VIDZ) Wednesday?