3 Cryptos That Should Be On Your Watchlist: Logarithmic Finance (LOG), Elrond (EGLD), and

Up until a few years ago, the majority of investment and financial management services were dominated by banks and asset management companies. However, the status quo has changed with the discovery of cryptocurrency tokens.

By letting investors have more control over their wealth, cryptocurrencies rose in popularity and have shown impressive returns. Moreover, by promising advantages like data privacy, transparent and secure trading platforms and fast-paced transactions, these digital assets gained a lot of popularity.

Today, cryptocurrencies are an integral part of investment portfolios of whales across the world. Plus, with the availability of a wide array of cryptocurrencies such as meme coins and non-fungible tokens (NFTs), investors aren’t restricted to one option and can switch investments with ease. We have discovered 3 cryptos that are on the watchlist of whales and could potentially generate huge returns in the future: Logarithmic Finance (LOG), Elrond (EGLD), and Litecoin (LTC).

Logarithmic Finance: Helping Investors and Innovators Get The Best Deals

Technology has often been an agent of change that has helped the world infuse new efficiency in traditional systems. Sadly, many innovators have had to take a step back due to a lack of finance, which is where bagging early-stage funding at the right moment becomes crucial. While there are always traditional financial resources like venture capitalists and banks, Logarithmic Finance aims to bridge the gap between early-stage investors and blockchain innovators in the world of cryptocurrencies. The next-generation decentralised platform has an intuitive interface that is powered by Web3. While innovators will get the opportunity to bring impactful ideas to life, investors get to pick promising projects.

What sets Logarithmic Finance apart is that it solves problems like high listing costs, lack of funds security, and lack of options for low-budget innovations with its platform. The platform has two kinds of liquidity pools, a direct access pool and a time freeze pool. While the first pool doesn’t have a vesting period and token holders can access the tokens immediately, the second liquidity pool has a lock-in period wherein the tokens remain inaccessible for a stipulated period. Innovators can invest in either of the two kinds of liquidity pools according to their needs and receive the required funding.

Logarithmic Finance also has a native token, LOG, which can be used for staking and other transactional purposes. The LOG token can be purchased on presale. The technology powering the Logarithmic Finance platform enables the platform to gather important feedback from on-chain data to help it boost its user design/experience and engineering capabilities.

Elrond is a fast-paced, secure and scalable blockchain system for exploring new opportunities for distributed apps, the new internet economy, and enterprise use cases. It also has a native token known as EGLD and it can be used for staking on the platform. It is based on a new consensus protocol, which is a highly secure proof-of-stake model that not only adds to the platform’s security but also ensures fairness in token distribution.

In a recent development, Elrond Network announced that its platform will be sporting new features including protocol updates and NFT API enhancements. 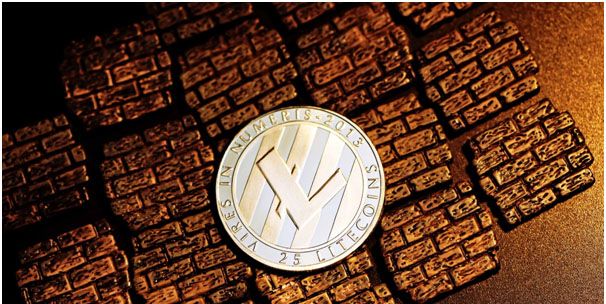 A decentralised platform that is arguably among the biggest scrypt-based networks, Litecoin enables secure cross-payments at cost-effective rates. Its key features such as its Lightning Network ensures quick settlement of funds, while its ‘Atomic Swaps’ facility enables cross-blockchain trading.

The native token of Litecoin is LTC which is used to pay transaction fees inside the network. In a recent development, Litecoin announced that the first watch from the Tag Heuer Monaco series, based on a tribute to Dark Lord, was purchased via Litecoin.

This goes to show how significantly crypto has grown in financial society as it is becoming more accepted over time. Soon to take over the financial market, keep your eyes peeled on Logarithmic Finance, Elrond, and Litecoin.


Read More: 3 Cryptos That Should Be On Your Watchlist: Logarithmic Finance (LOG), Elrond (EGLD), and