Litecoin [LTC] bulls have shown signs of weakness near the $60 price range where it has been facing resistance during its recovery phase.

However, the cryptocurrency has managed to avoid a sizable retracement by maintaining its momentum above its 50-day moving average.

The Relative Strength Index (RSI) too moved towards the overbought region whereas the Money Flow Index (MFI) just hovered over the 50-line. The above-50 RSI did provide a healthy signal for re-accumulation of the token. 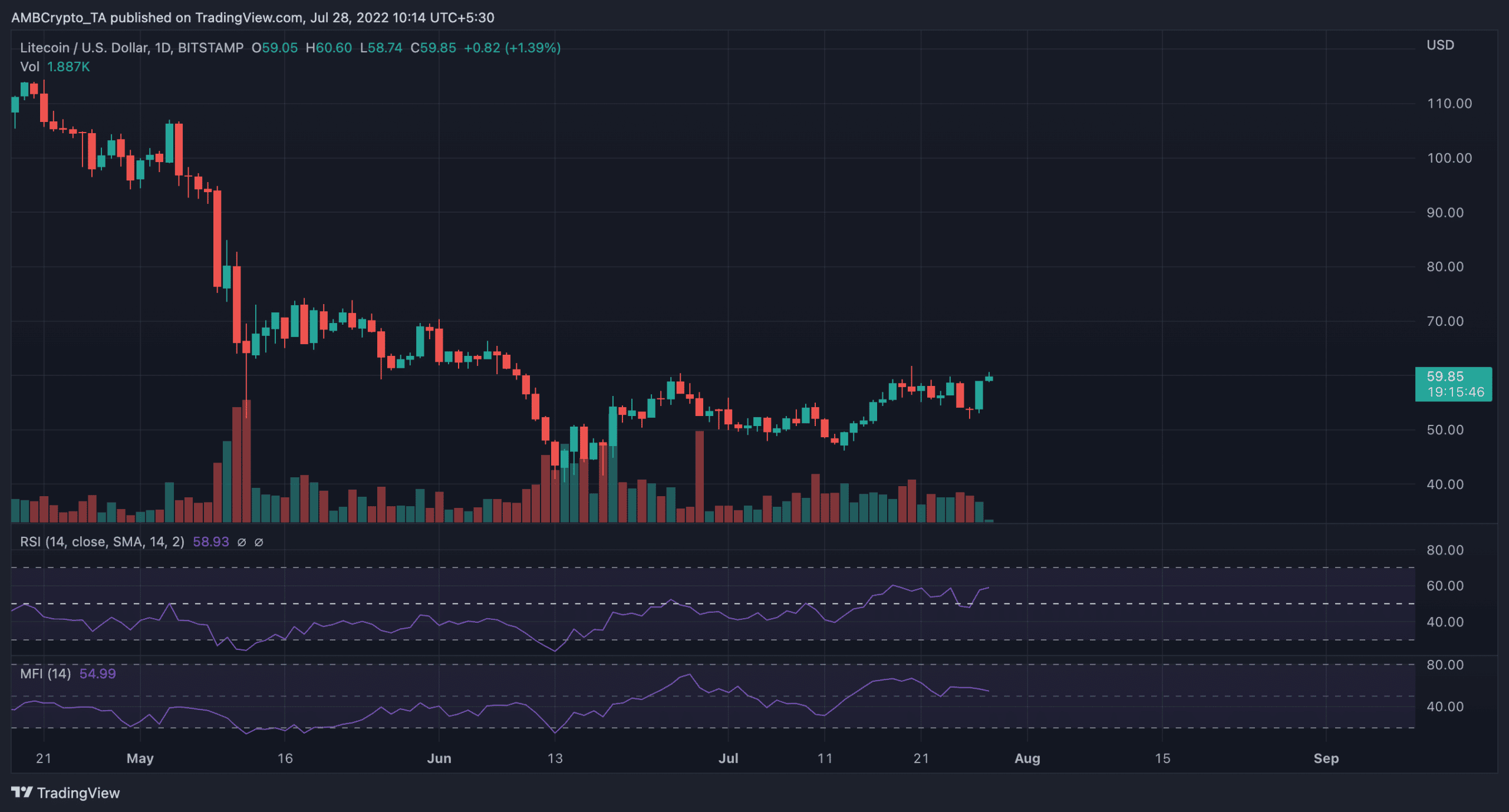 Why Litecoin’s upside was nerfed?

Litecoin’s strong bullish assault was curtailed within the $60 price level at around the same time that its 60-day dormant circulation metric registered a sharp uptick.

This means roughly $96 million worth of selling pressure entered the market.

Furthermore, the number of active addresses soared by 71,000 during the same period.

In contrast, the period from 25 July to 26 July was characterized by a small increase in dormant circulation from 7,520 LTC to 16,239.

Meanwhile, the number of active addresses dropped by just over 60,000.

However, this time, the amount moved was little as compared to last week. But, it was enough to produce an uptick.

The unusual observation might just be the result of heavy profit taking after the weekly rally.

Nevertheless, the outcome was that of a restricted upside since the selling pressure summoned the bears. And, the resulting downside has been rather limited.

This suggests that many investors are opting to hold on to their coins, perhaps for long-term investment.

Investors might be more incentivized to HODL their LTC rather than sell. Especially, now that it has secured privacy coin status.

Litecoin’s short-term profits might be exciting for traders, but the cryptocurrency is still undervalued from a long-term and all-time high (ATH) perspective.

The ripple effects of the Rudy Gobert trade