Ripple Leads the Way in Creating First Digital Currency for…

Can the cryptocurrency market remain bullish on the first days of August?

Most of the coins faced a correction period on the last day of the week. 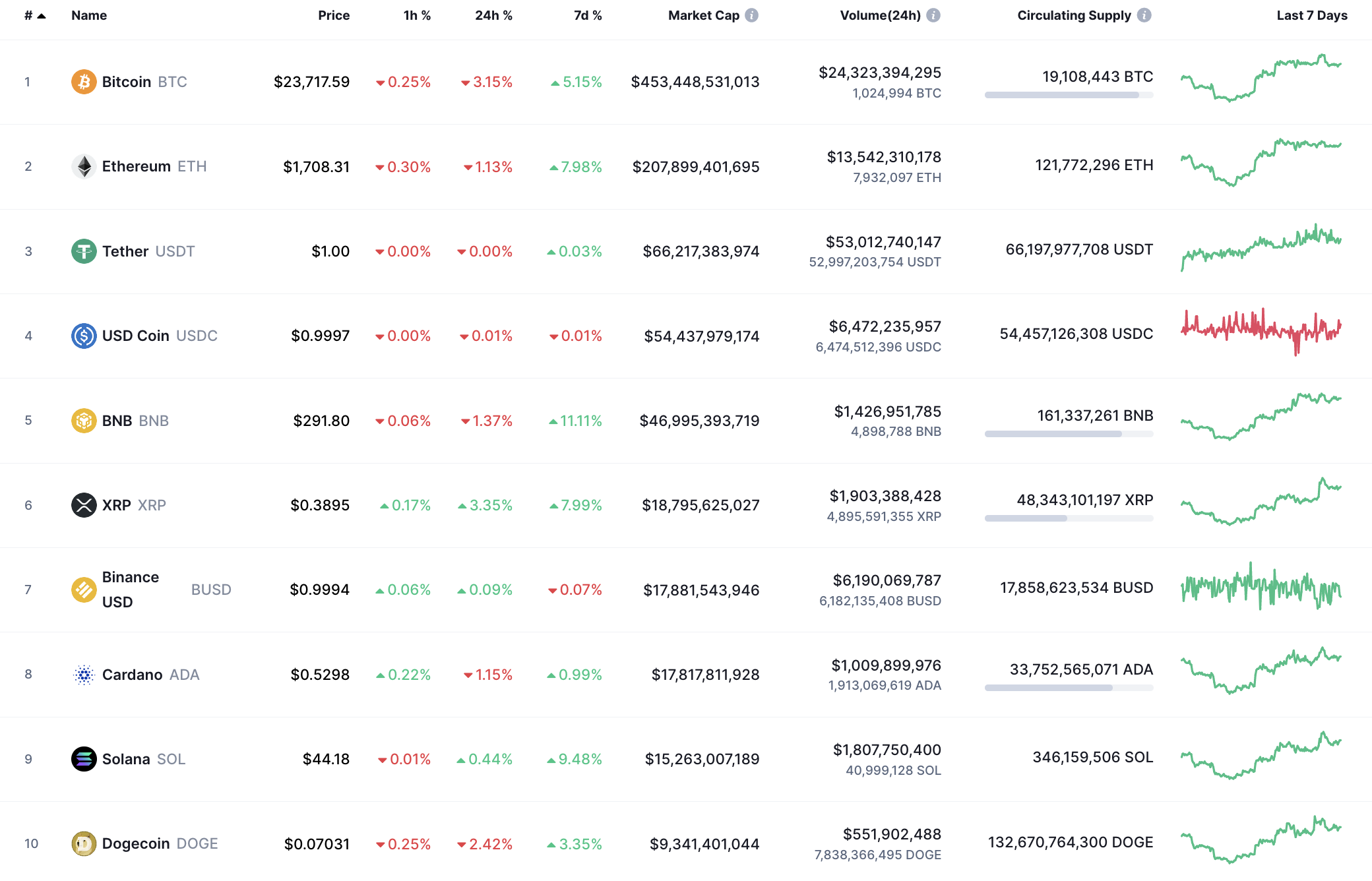 Despite the slight decline, the rate of Bitcoin (BTC) has risen by 5.19% over the last 7 days.

On the weekly chart, Bitcoin (BTC) looks bullish as the rate stays above the $23,000 mark. If bulls can hold the initiative, one can expect a continued rise to the $25,000 zone on the first days of the upcoming month.

Such a scenario is relevant until mid-August.

Ethereum (ETH) has gained even more than Bitcoin (BTC) as the rate has grown by almost 8%.

Ethereum (ETH) has continued the rise after the false breakout of the mirror level at $1,476. In this case, the more likely scenario is a test of the $1,900-$2,000 area within the next days.

XRP is showing the same growth as Ethereum (ETH), rising by 8%.

XRP is trading near its resistance level at $0.3893 on the weekly chart. If the candle closes above this mark, there is a high possibility to see a sharp upward move to the $0.40 zone soon.

Most Institutional Investment in Crypto Is Still Late in 2022 (Opinion)