This Week on Crypto Twitter: Musk and Dorsey’s Texts Leaked,…

For some reason, Dogecoin (CRYPTO: DOGE) has become a mainstay in the portfolios of many crypto investors. Despite being a pure meme coin that started as a joke, it somehow continues to find adherents who believe that the coin has some kind of fantastic future value that will make everyone holding it a millionaire. It doesn’t help matters, of course, that Elon Musk is a big supporter of the token, or that hype is par for the course with Dogecoin. But here’s the thing: There are plenty of no-brainer cryptos with more potential than Dogecoin.

To keep the comparisons fair, let’s limit ourselves to cryptos that are as similar to Dogecoin as possible. The crypto has to be trading for under $1, has to have a major following on social media, and has to have outsized growth prospects in the near term. These two fit all those criteria.

Our first no-brainer is Cardano (CRYPTO: ADA), which remains a social media darling. Moreover, the price of Cardano is just over $0.50 these days, while Dogecoin sits at around $0.07. Even better for keeping the comparisons reasonable, Cardano’s market capitalization of $17 billion makes it the eighth-largest crypto, while Dogecoin, with a market cap of $9 billion, ranks No. 11. 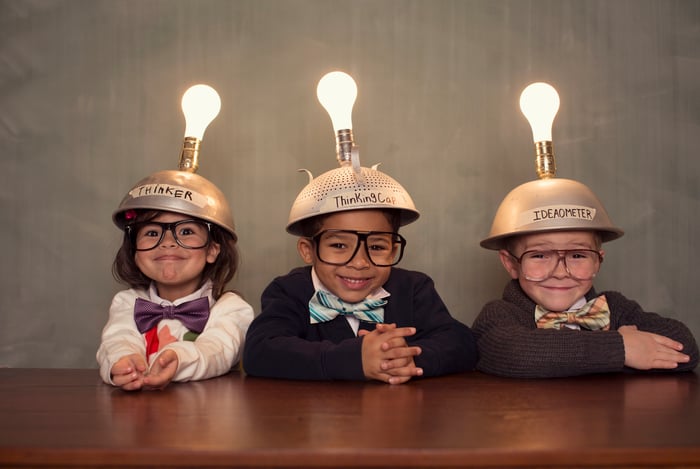 But that’s where the similarities end. While the namesake of Dogecoin is a cute dog, Cardano’s ticker symbol of “ADA” honors Ada Lovelace, a famous 19th-century mathematician and computer science pioneer. Cardano is serious, while Dogecoin is, quite honestly, a joke. Cardano is a green, carbon neutral, completely proof-of-stake blockchain capable of running smart contracts and decentralized applications while Dogecoin is still running a legacy proof-of-work blockchain that is slow and energy-intensive. And don’t even get me started about long-term growth potential. Cardano could retrace its path back to the $3 mark by 2025, based on all the new activity happening on top of its blockchain.

Our second no-brainer is XRP (CRYPTO: XRP), which also boasts an impressive social media following. In fact, at one time, it used to be fashionable to talk about the “XRP Army” — the veritable army of enthusiasts who would go after anyone and everyone who dared to talk smack about the token on social media.

The problem with XRP is that its developer, Silicon Valley-based Ripple Labs, is currently engaged in an epic lawsuit with the Securities and Exchange Commission (SEC), which asserts that XRP is an unregistered security and not a standard cryptocurrency. Understandably, this has created tremendous uncertainty about the future of XRP, which trades at about $0.38 these days. Making matters worse, some cryptocurrency exchanges have delisted XRP.

Even with all of its legal woes, XRP is still the No. 6 crypto in the world, based on a total market capitalization of just about $18 billion.

Once the SEC case is settled (which could happen as early as the end of this year), the true long-term growth potential of XRP could be realized. You see, XRP is not a meme coin. Instead, it is the native cryptocurrency of the world-class Ripple payment network, which enables people to send payments around the world. XRP was once one of the most talked-about success stories in the crypto world. It actually developed real-world utility for its Ripple payments network and signed up high-profile partners in the financial services sector.

Clearly, these cryptos have more potential than Dogecoin. Ignore the Musk tweets, and focus instead on tokens with realistic growth stories for the future. If you are trying for 10-bagger returns on your money via your crypto investments, you have a much better chance with Cardano or XRP than with Dogecoin.

10 stocks we like better than Cardano
When our award-winning analyst team has a stock tip, it can pay to listen. After all, the newsletter they have run for over a decade, Motley Fool Stock Advisor, has tripled the market.*

They just revealed what they believe are the ten best stocks for investors to buy right now… and Cardano wasn’t one of them! That’s right — they think these 10 stocks are even better buys.