Ebullient market reaction to less aggressive Fed, ETH is most wanted before the merge

Next few weeks are ‘critical’ for stock market and Bitcoin,…

How Does Big Eyes Coin Match Up Against Ethereum and Cardano…

Ernst & Young Wants to Be ‘The Best on Earth at…

With the Federal Reserve raising interest rates by 0.75 percentage points for the second consecutive time in an effort to contain runaway inflation, Bitcoin, in line with all markets, responded in a positive manner.  Despite the 75 BPS rise, market participants did not view it negatively. High inflation had already fueled speculation of an entire percentage point hike before the central bank’s meeting. A benchmark overnight borrowing rate of 2.25%-2.5% is currently at its highest since December 2018.

Bringing down inflation doesn’t come without risk. Consumer spending and business activity are dwindling as inflation threatens to bring the economy to its knees. In fact, some analysts, including myself, believe economists believe the US economy is already in or imminently headed for a recession.

When things are so bad, why are markets rallying?

Powell noted that interest rates were within the range of neutral interest rates, which the Fed views as neither accommodative nor restrictive. At the neutral rate, the economy is delivering its potential GDP growth rate without overheating or cooling excessively. Based on this assumption, the market believes bond yields will drop, and all other assets are priced accordingly.

A decline in real bond yields encourages investors to buy higher-risk assets for a higher return. In a declining interest rate environment, the market expects companies to expand. That’s why a rally in the Nasdaq, the S&P 500, and Bitcoin were all attributed to higher growth assumptions associated with tech stocks.

Despite bearish market conditions, Ethereum has outperformed Bitcoin by 29% over the past month. The aggregated Open Interest of Ethereum options is currently higher than that of Bitcoin, suggesting that Ethereum is currently the most popular crypto.

Due to the “Merge” narrative and a 75-bps rate hike, ETH contracts and derivatives have attracted the most attention from investors, marking the first return of retail on-chain presence since April-May. Ether-based derivatives volume has risen as traders bet on how the price will react.

In addition, according to a study by cryptocurrency hedge firm Galois Capital, 33.1% of respondents expect the Merge to lead to the creation of two parallel blockchains, ETH1 (PoW) and ETH2 (PoS).

This explains why Ethereum Classic’s continued price surge (up 141% over the month) looks highly speculative, given that only a few projects are using the chain. This makes ETC susceptible to “sell the news” situation following the Merge.

According to Coinglass data, the cumulative dollar value of ether options contracts open on major exchanges was $6.65 billion at the time of writing.

However, the implied forward yield of ETH has not improved significantly due to the lack of improvement in macro liquidity. Therefore, the overall bid ceiling for investors is still relatively low in the current market environment. Prices and exposure rise together as buyers and sellers balance out, causing a level of stability uncommon during a bear market, which is probably temporary.

Dapper Labs’ Flow (FLOW) token, a token created for Dapper’s own sports NFT projects, has added 57% in the last week, rallying amid Instagram’s announcement that its NFT initiative now includes collectibles from Flow.

For the past two weeks, Filecoin (FIL) has risen 61% on the news that the Filecoin Foundation is partnering with Harvard University Library Innovation Lab (LIL). Together, these two institutions will explore decentralized technology solutions for preserving digital information. 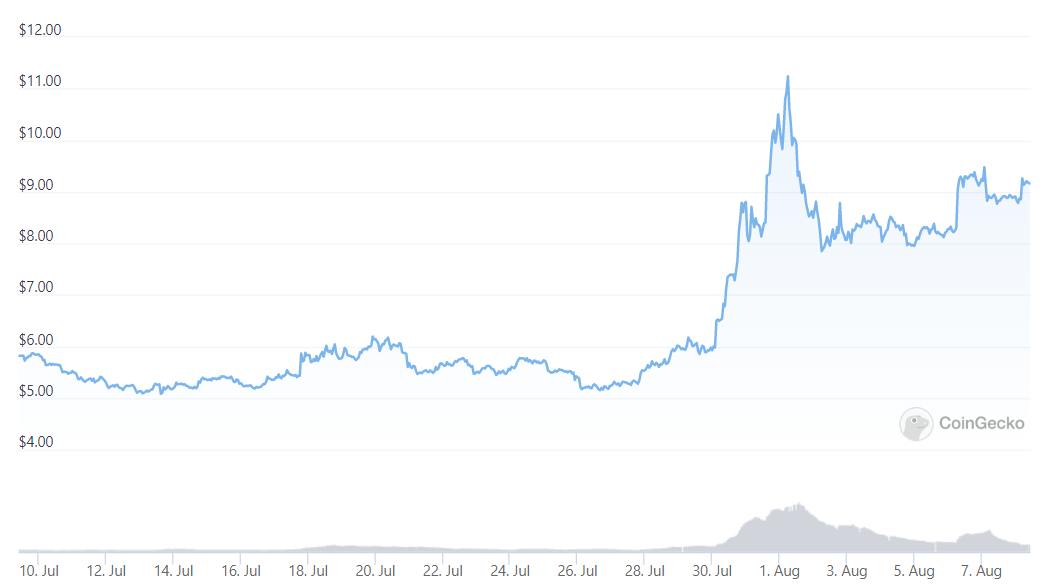 With investors’ confidence in Defi improving, Yearn.finance (YFI) gained 69.9% during the past two weeks, following in the footsteps of Aave (+44.7% over the mast month) and Compound (+35% over the past month). 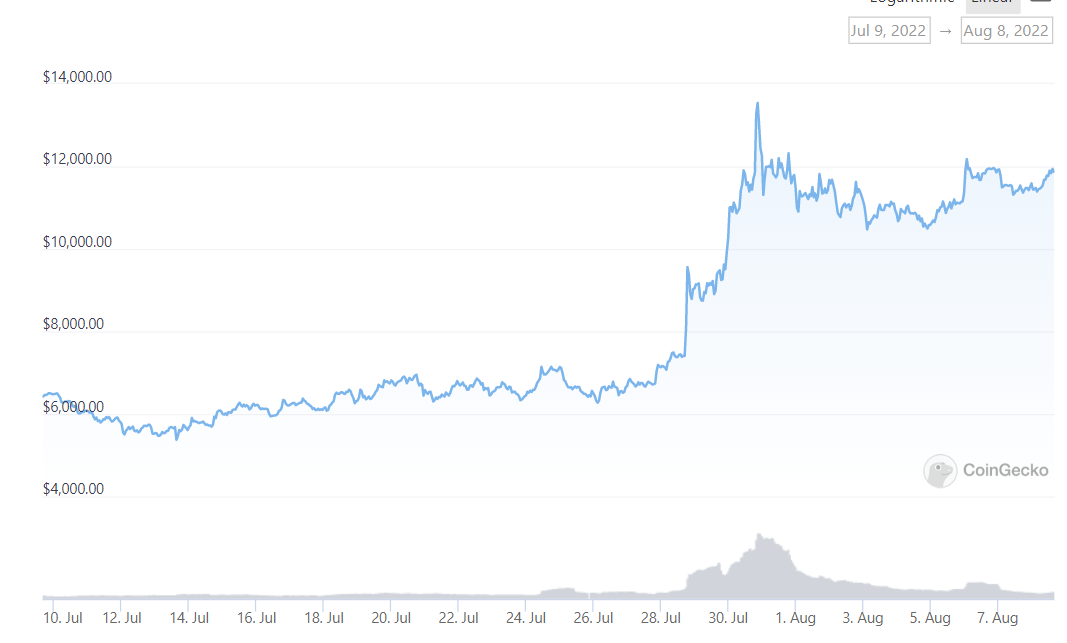 Read More: Ebullient market reaction to less aggressive Fed, ETH is most wanted before the merge

Next few weeks are ‘critical’ for stock market and Bitcoin, analyst says

How Does Big Eyes Coin Match Up Against Ethereum and Cardano During Its Presale?

Is Ethereum a Buy in October?