More proof that Ripple could replace the US Dollar

XRP price has shown a considerable uptick in social media tweets and discussions. Infamous Crypto and Stock Market bullruns have been provoked with help from social media influence in the past.

Additionally, the long-held theory that  Ripple’s besiegement of the US dollar has found new fuel. CEO Brad Garlinghouse was reported to have spoken at the World Economic Forum during the spring of 2022 which created the first surge of speculation. Now an official partnership spotted on the WEF’s website pours gasoline on the notorious myth’s flame.

The World Economic Forum is an international non-governmental and lobbying organization based in Cologny, canton of Geneva, Switzerland. It was founded on 24 January 1971 by German engineer and economist Klaus Schwab –

The World Economic Forum (WEF) has provided real estate on their website to the XRP community.  The digital remittance token has officially been labeled as a partner of the WEF. On the WEF website it states,

“Ripple is developing and enabling the future use cases that will catalyse the new digital economy for governments, businesses and consumers”

Santiment’s Social Media indicators have shown an increased interest around the XRP price.

On many occasions throughout the summer Ripple has shown a volatile influx of social media commentary. In previous years upticks in social interest has resulted in profitable opportunities for cryptocurrencies and stocks alike.

Unfortunately Ripple’s XRP price has not fully correlated with the social media hype. On Friday 8/19 the digital remittance token witnessed a 10% liquidation falling beneath a historical descending parallel channel. The bearish cross of the 8- and 21-day simple moving averages near the $0.37 level acted as the catalyst to induce the selling frenzy.

XRP price currently trades at $0.33. Traders should be very cautious at attempting to buy a dip as previous outlooks have forecasted target zones near $0.28 and possibly $0.24. Invalidation of the macro bearish thesis remains at $0.48. If the invalidation level is breached an optimal bull-environment could ensue with targets comfortably over $1.00 in the midterm. Updates will be issued if and when key levels change for the XRP price. 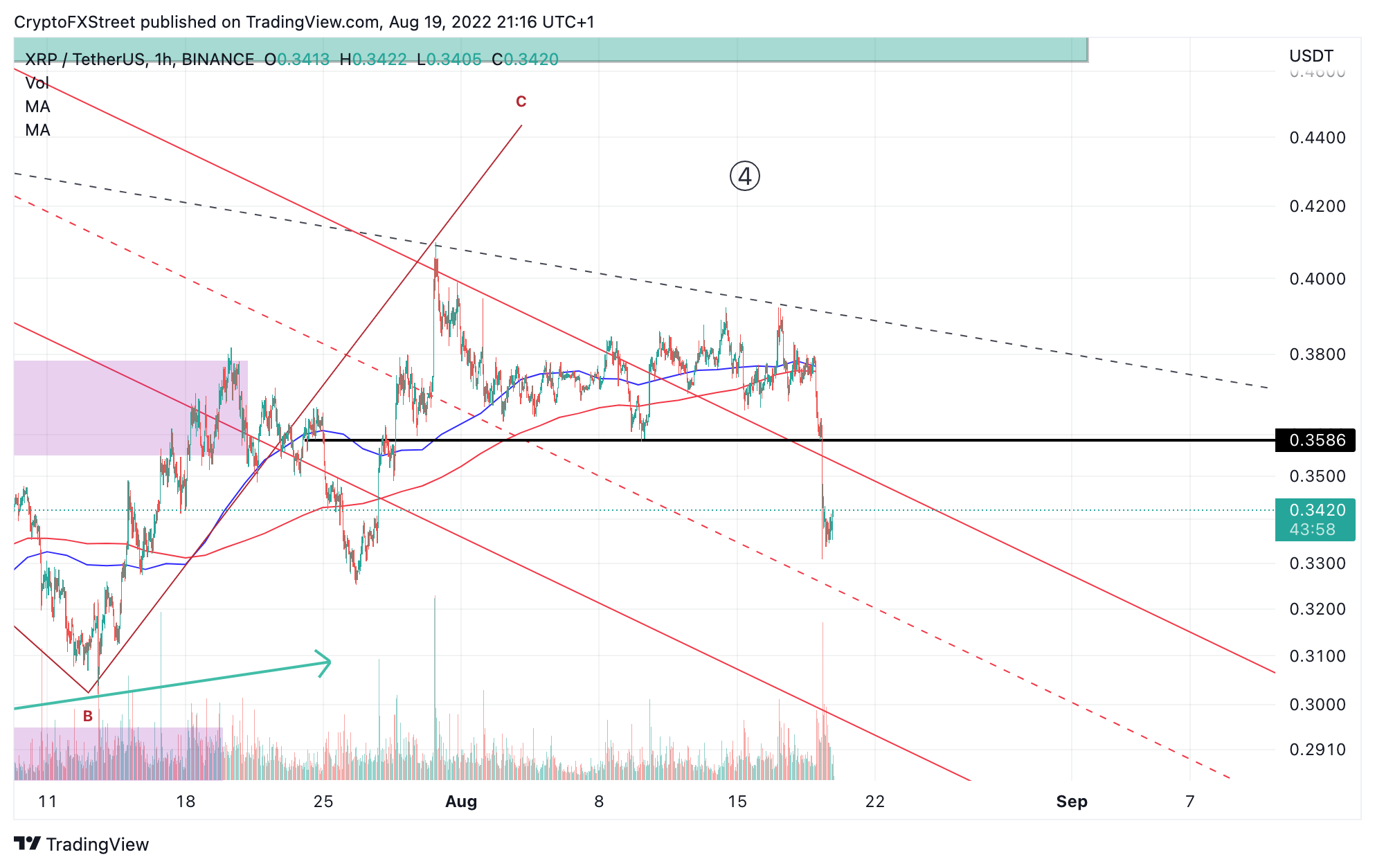 In the following video, our analysts deep dive into the price action of Ripple, analyzing key levels of interest in the market. -FXStreet Team

Read More: More proof that Ripple could replace the US Dollar