Ethereum is the ‘most valuable asset in the world,’ and now it’s just a waiting game – 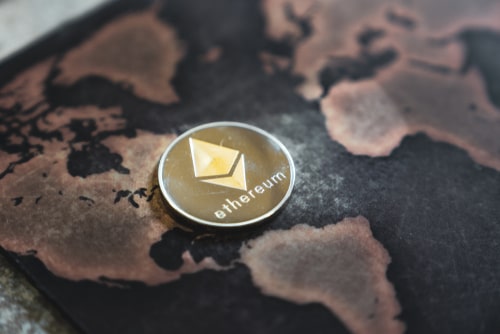 (Kitco News) With the crypto space zeroing in on the Ethereum Merge, which is just three weeks away, many are looking at the long-term investment picture, and for some, Ethereum is emerging as the top asset.

“I see it as the most valuable asset in the world. It’s now just a waiting game and watching everything play out over time until it achieves that objective,” Ether Capital CEO Brian Mosoff told Kitco News.

There are a few key elements behind Mosoff’s sentiment. These include Ethereum’s potential as a network, its staking capabilities following the Merge to the proof-of-stake protocol, and its yield.

What makes Ethereum stand out?

Following the initial excitement of the crypto industry around Bitcoin, Ethereum changed the recipe, Mosoff described. “The exciting thing about Ethereum to me is that it’s going to capture all of this economic activity into this single layer,” he said. “Bitcoin is this global settlement layer for a single asset Bitcoin, but Ethereum is this global settlement layer for any asset or sets of assets,” he said.

Whether it serves as a settlement layer for more crypto-native activities like the metaverse, NFTs or DeFi, or it is being used to settle stablecoins. Or even applied to tokenize dollars or yen, or euros and used as a settlement layer between data centers, getting rid of the SWIFT network altogether, Mosoff stated. “That’s an order of magnitude improvement on what a blockchain could be,” he noted.

The idea is now out of the box, and it is just a matter of time before all these new economic possibilities get built online on the Ethereum chain.

“You are looking at on-chain insurance and lending in a more transparent way or some privacy-preserving mechanism baked into Layer 2. There are so many things that are going to be built in this space. This is a long-only bet of what is going to happen in the next five to ten years,” he said. “This is a global movement of how can you program all sorts of economic activities, and empower communities to have bottom-up abilities to build tooling and ways to interact that you can’t in the traditional financial system.”

Mosoff pointed out that Ether Capital has invested the majority of its balance sheet in Ether as a core strategic asset and yield-generated instrument. “We call it a once-in-a-generation-like asset. We completely bought into that and continue to believe that it will outperform a lot of these other verticals. We haven’t scratched the surface yet,” he stated.

All eyes are on the Merge, which is scheduled to happen on September 15, despite the recently discovered bugs in the mainnet merge updates.

The Merge will see Ethereum transition to the more energy-efficient proof-of-stake protocol from the energy-intensive proof-of-work protocol. The energy consumption post-Merge will drop by 99.9%, and the issuance of new ETH tokens will be cut by about 90%.

With the proof-of-stake protocol, miners are no longer needed. Instead, people would stake their coins to be validators and check new transactions before adding them to the blockchain. Individuals would be chosen based on the number of staked tokens they have and will get rewarded with Ether (ETH) by the network.

“This is going to turn an unproductive commodity into a yield-generating instrument,” Mosoff pointed out. “Bitcoin is not productive. It just sits there. You can hold it. You can use it as a tool to accomplish something, have more self-sovereignty, and be able to move your assets between jurisdictions. But you can’t generate a yield without putting it in trust with a third party or trading it. And Ethereum will become the bond with the protocol. Now, you’re going to be able to stake that ETH, which is effectively the risk-free rate.”

Post-Merge, staking ETH could yield between 8% and 12%, according to some analysts.

This is a big deal for institutional investors looking into crypto and wanting to maintain their ESG mandates. However, there are some more short-term risks associated with the Merge, including a potential proof-of-work fork, delays, or bugs.

“There may be added volatility between now and whenever the Merge takes place because of narratives swinging around, rumors, people saying there’s going to be a proof-of-work fork, it’s not going to actually happen, it’s going to get delayed,” Mosoff explained. “I don’t believe in saying it is a guarantee to be a success. But if that does happen, you are now going to have this asset with all the most interesting activity that fits these ESG mandates that you can generate a yield from. This is a really big deal in crypto.”

And investors who have been sitting on the sidelines are going to start paying attention. “We’re talking about investors that want to deploy $500,000 or millions of dollars,” Mosoff said. “How do they do it? What is that gonna look like? And we’re still at that part of the conversation of figuring it out.”

For Mosoff, the exact date of the Merge is less important. “It needs to happen when the developers are comfortable with it. You cannot have a glitch. This isn’t a phasing in the Merge across a three-month period. This is in a single-block switch. The stakes are very high.”

Mosoff advises new investors not to get too caught up in the gyrations of the specific 24-hour or seven-day price moves. “I don’t think that they’re doing themselves any favors by focusing on whether this a good week or not. This is not an asset class that you hope goes up 5% steadily a year for the next ten years. It’s not a dividend-paying stock from one of the Canadian banks.”

Ethereum’s potential is to be this settlement layer for all of the world’s economic activity. And that is worth far more than just the valuation of one large tech company’s market cap, Mosoff highlighted.

“So when people say Ethereum could be a $2 trillion asset, which would be 10x from where it is today. To me, that feels like not understanding the exponential part of the curve and what Ethereum’s growth can look like. Ethereum is trying to be this trust Layer of the internet, and so much activity is going to plug into it for security and confirmation to other participants. That is trillions of dollars. It’s hard for us to imagine just how valuable it can be.”

This might be 20 years down the line, but that’s why it is a waiting game while the community builds and develops, Mosoff added.

One potential obstacle to Ethereum and crypto development, in general, would be heavy-handed regulatory oversight that could discourage experimentation, according to Mosoff. “There’s a messy regulatory fight between how much you can control these assets. Do we end up with bifurcation in the space?”

One scenario is that the community will end up with this water-downed version of crypto, with permission white-listed version of DeFi and trading.

“Do you think that if the internet was invented today, it would have evolved in the same way? As open and permission-less as it has become. I don’t think it would’ve. I think that governments would want more control, and things would’ve shaped up closer to an internet experience in China or in Russia. And that would be the internet we’d have,” he said. “The emphasis in crypto is certainly being placed on regulation and adhering to compliance, and whatever happens to the technology and the innovation will have to sort itself out.”

Read More: Ethereum is the ‘most valuable asset in the world,’ and now it’s just a waiting game –