Should Ethereum Investors Be Concerned By the Collapse of the NFT Market?

The most popular blockchain for NFTs is Ethereum (ETH -4.43%), so it makes sense that anyone investing in Ethereum should be paying attention to the collapse of the NFT market. By some estimates, 80% of all NFTs are traded on the Ethereum blockchain, and the two most famous NFT collections — CryptoPunks and Bored Ape Yacht Club — were created on it.

While NFT activity appears to have peaked in early 2022, its slowdown has been especially dramatic this summer. Some NFT marketplaces are turning into ghost towns. Daily transaction volume on OpenSea (the most popular NFT marketplace) is down by 99% over the past 90 days. Floor prices for Bored Apes are down more than 50% over the past 90 days. Some tech companies are even trying to distance themselves from the term “NFTs” entirely, preferring to call them “digital collectibles.”

Ethereum vs. other blockchains

If there is any silver lining here, it’s that Ethereum seems to be holding up much better than other blockchains where people are minting, buying, and selling NFTs. The place to look is DappRadar, which has detailed data on transaction volumes, numbers of traders, and numbers of sales. And you can also zero in on specific blockchains for side-by-side comparisons. 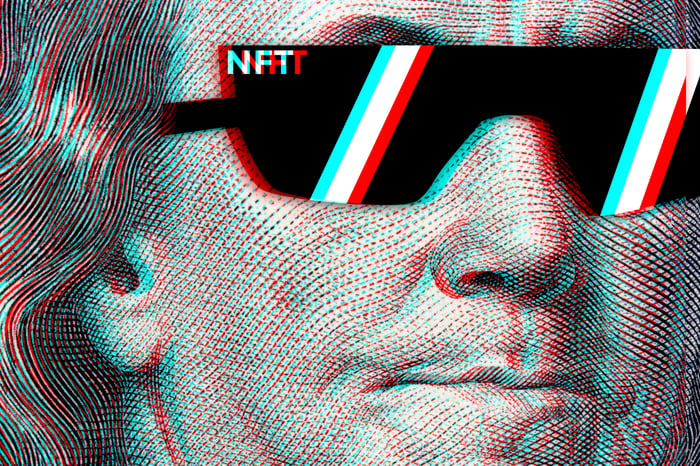 So, at a glance, you can see that the most popular NFTs on Ethereum are the Bored Apes. On Wednesday morning, over the prior 24 hours, the top five sales were all from the Bored Ape Yacht Club collection, with prices ranging from $131,000 to $170,000 for a single NFT. Those prices might sound impressive, but they actually represent a huge downswing in expected sales prices over the summer. Even two weeks ago, the top-selling Bored Ape NFT sold for $1.46 million. Price swings have been even more dramatic for NFT collections without the fame and celebrity of the Bored Apes.

In terms of transaction volume, other NFT collections — such as Moonbirds — are actually seeing more activity than the Bored Apes. Now contrast that to the situation on other blockchains. On Avalanche (CRYPTO: AVAX), for example, there is literally nothing taking place. Every NFT collection except one has the number “0” next to it. Not good.

Consider, too, that NFTs are not the only game in town for Ethereum. If you think about all the activity taking place on the Ethereum blockchain, it includes areas like decentralized finance (DeFi), blockchain gaming, and Web3 (a catch-all term being used to describe the expected “next iteration of the internet,” which includes things like the metaverse). Each of these is a source of potential transaction volume for Ethereum.

Finally, one thing to keep in mind is a potential new wave of NFT activity that is about to hit the market. Meta Platforms (NASDAQ: META), for example, has announced the integration of NFTs with both Facebook and Instagram. And eBay (NASDAQ: EBAY) has been getting into the NFT game over the past year with the goal of reinventing NFTs as “digital collectibles.” If you’re an Ethereum investor, you have to hope that this new activity will help to prop up NFT floor prices and get more people interested in buying and selling them. If people see their friends and family posting NFTs on Instagram, it’s not unreasonable to presume that more of them may also be inspired to do so.

Is Ethereum still a buy?

Yes, the collapse of the NFT market should be a cause for concern if you’re an Ethereum investor. But it looks like Ethereum is holding up better than other blockchains, with perhaps the exception of Solana (CRYPTO: SOL). The Ethereum blockchain is certainly diversified into enough different areas that it is capable of absorbing a slowdown in NFT-related transaction activity. So don’t let a slowdown in the NFT market stop you from getting in on Ethereum, which is still the premier Layer 1 blockchain in the world. If you take into account gaming and the metaverse, there is still huge upside potential for Ethereum after the Merge.


Read More: Should Ethereum Investors Be Concerned By the Collapse of the NFT Market?

Should You Buy Lanceria (LANC) Saturday?

Can investment in Bitcoin help in repaying student loans?