Bring the power of blockchain to creators | Daily News


If you thought NFTs and crypto wallets were just of interest to collectors or traders of digital cartoons of apes, you might be surprised to see the type of content being produced for Eluvio’s content blockchain. Examples are on show at the IBC stand of companies, creators and brands whose content blockchain initiatives have been powered by Eluvio, including Fox, MGM Studios, Microsoft, WWE, The Masked Singer, Dolly Parton, Black Eyed Peas, Rita Ora, independent film makers and many others. 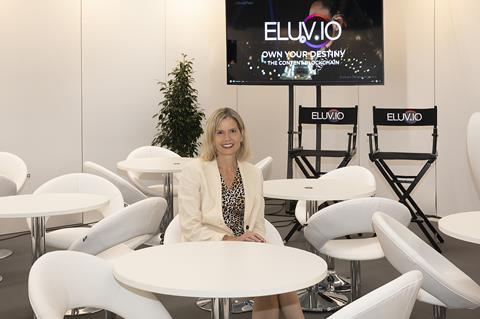 The company held a four-hour session at IBC yesterday showcasing this content to a large number of high-level IBC visitors. The interest among the traditional media companies in deploying content in Eluvio’s “blockchain fabric” is obviously growing, according to Michelle Munson, CEO and Co-Founder at Eluvio.

“What needs to happen is a much wider understanding and education,” she said. “And that’s the reason to come to IBC and to do these [events].

“We have created the foundation of a content blockchain, so our interest is to see that able to reach its full potential,” she added. “Along with that, as a commercial company, we create API capabilities and have utility service layer that intermediate business can take advantage of directly. You could think of it like a decentralised SAS, a service to replace CDNs, clouds, and media stacks and provide native tokenising features.”

“These kinds of models represent a new wave of what we think of as the windowing of the value of content,” Munson continued. “There’s also retrading; you can actually retrade an NFT that contains all this media. A media creator or publisher, or a broadcaster, could decide whether they want the end user to have derivative rights to retrade, for example, or to remix and reuse the content. All of the value comes back through the contract transaction ­– you can have residuals that are infinitely long, that’s really the opportunity. I think it’s so incredibly interesting to the whole industry.”

Crypto Strategist Predicts Steep Rally for Ethereum, Names One Altcoin That Could Erupt