Bitcoin [BTC] took yet another enormous hit after the disappointing inflation news that was released on 13 September. The brutal Consumer Price Index (CPI) report eventually led to a nearly 10% crash for BTC on the price charts.

According to the latest data, BTC was trading at $20,300 after losing key support(s) overnight. In a recent tweet, data analytics platform Santiment stated that Bitcoin fell alongside S&P500’s biggest drop in two years.

The update was also quick to concur that, “the correlation between the sectors remains high, and crypto typically thrives best with zero equity reliance.” 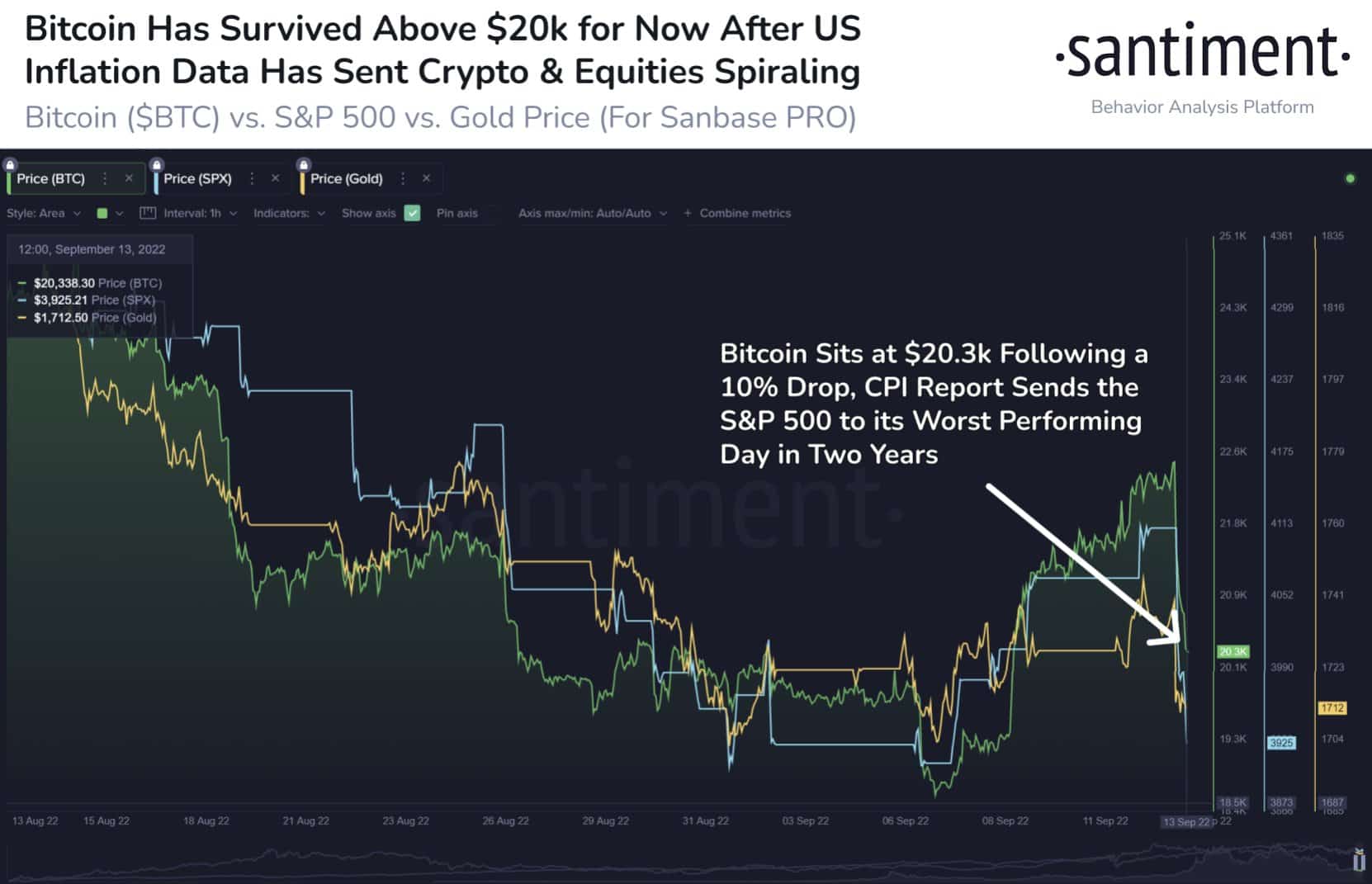 Another major indictor of growing FUD was seen in the Market Value Realized Value (MVRV) ratio. In the following Glassnode update, the MVRV ratio (1d MA) dropped below one. And, it was lingering around 0.997, at press time.

It is expected to slide further as conditions will continue to worsen before any uptick. The latest drop simply means that short-term traders are holding more losses in their Bitcoin holdings. 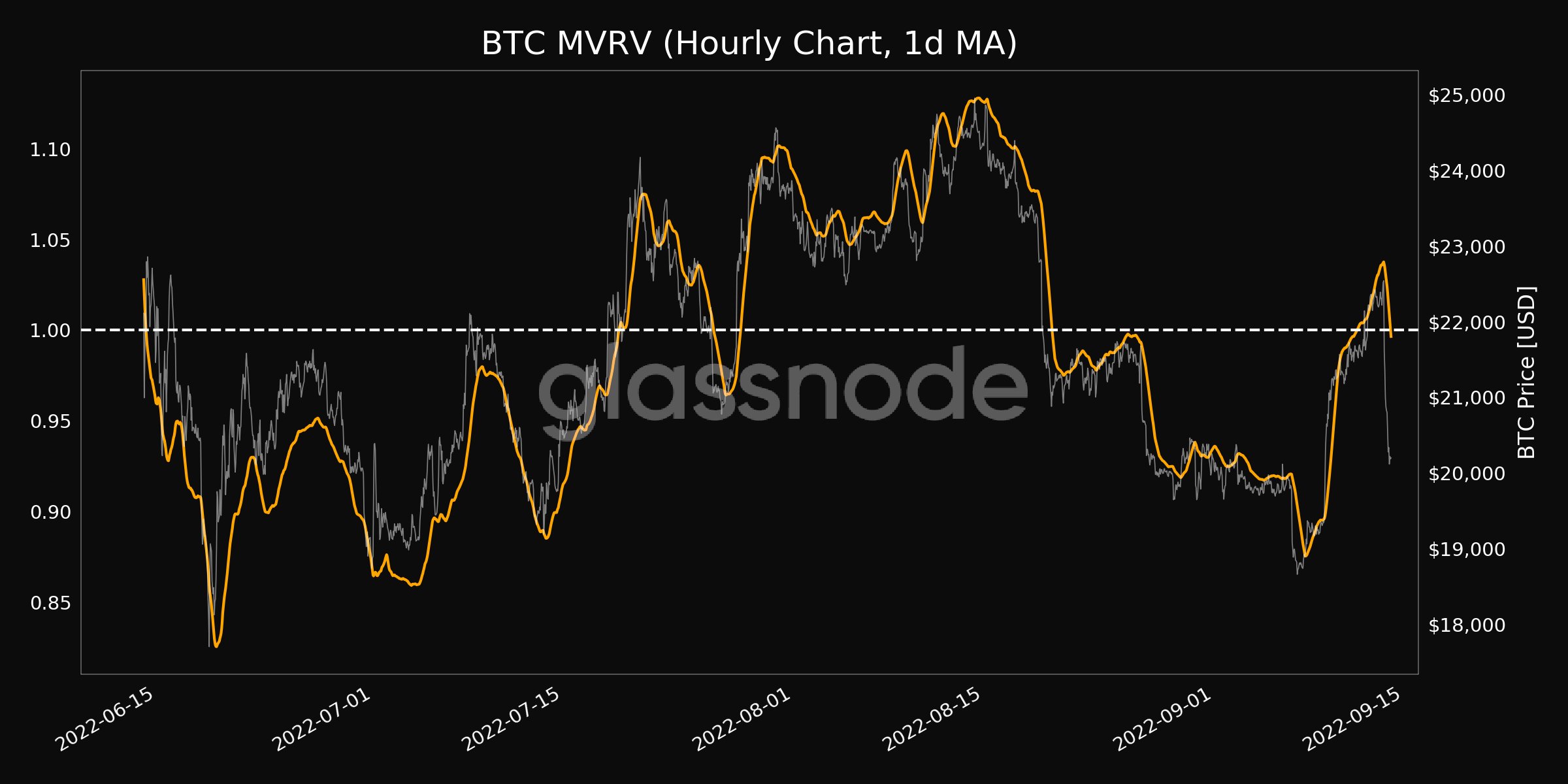 However, just before the crash, BTC was showing signs of serious upward movement. This can be seen in the growing BTC holdings within shark and whale addresses since the onset of the bear market.

In this regard, Santiment stated that the amount of Bitcoin addresses with 10 or more BTC has increased “dramatically” since mid-February.

In fact, since February the count of these addresses has been up 3.6% on the network and is at its highest point in 19 months. 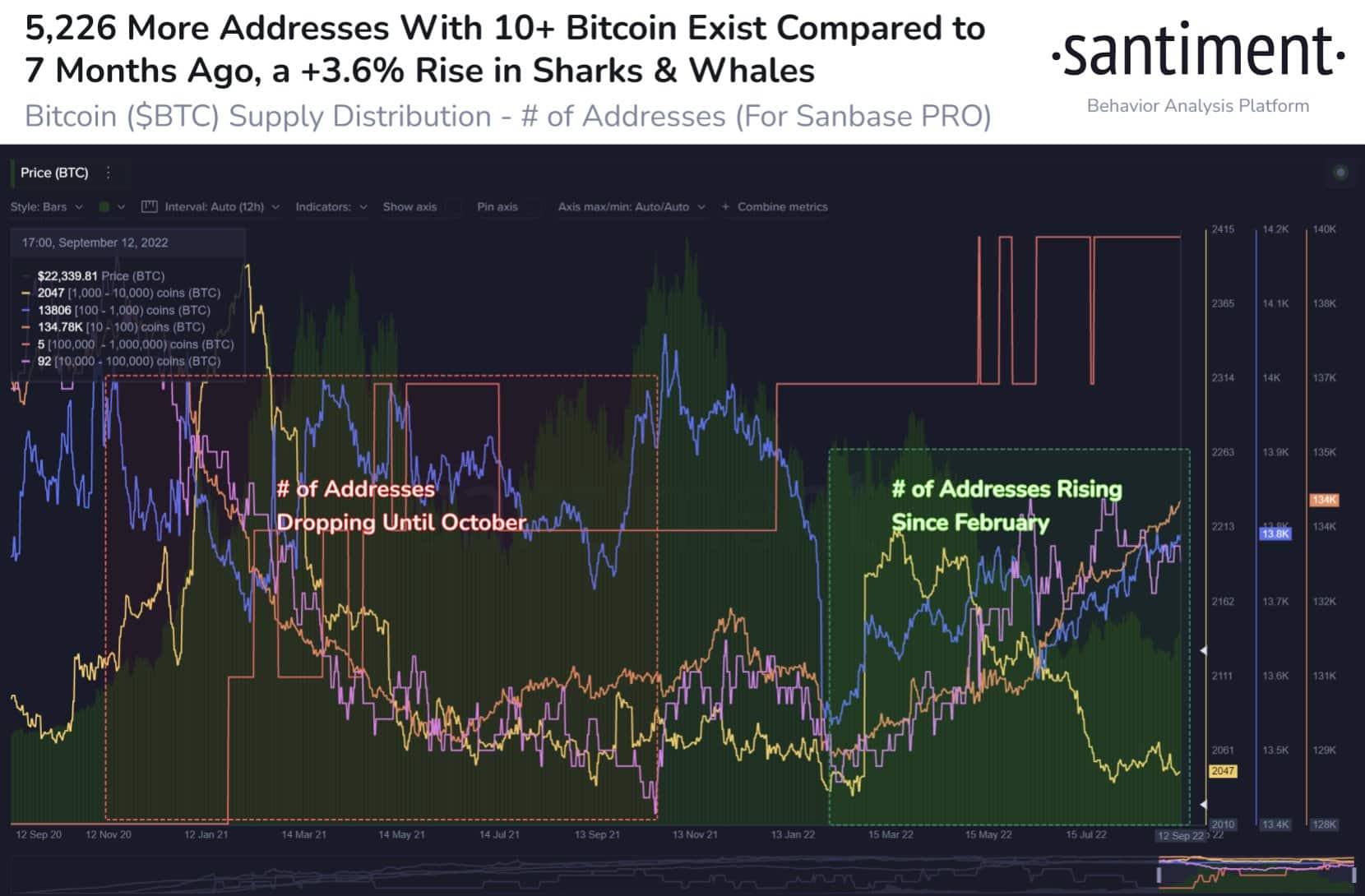 It is no secret that the current crash will have a major dent in Bitcoin’s recent growth.

Furthermore, as of 13 September, the token was able to cross $22,500 for the first time in over three weeks. But, at press, it was back testing the $20k support level again.

Additionally, Bitcoin’s ratio of transactions in profit vs. loss reached its highest point since March 2022 as of 13 September.

The inflation-endorsed carnage will surely continue to dampen the mood around crypto in the short-term. As things stand, it is time for Bitcoin to “collect itself” and maintain its current levels.


Read More: BItcoin [BTC] crashes down to $20k- Is it right time to go short