Litecoin (LTC) price sees traders trying to wrap their minds around what happened on Tuesday when bulls managed to pierce through an impenetrable wall that bears had cemented at $65.08. Unfortunately, on the breach of it, bears quickly rushed in to run price action back down, making it a very expensive bull trap with a max 13% loss for bulls that entered above $65 and waited until the close of the day to off-load their entered long positions. Bulls were able to pair back a bit of gain, but a consolidation looks to be underway as price action today comes in with lower highs and higher lows when compared to Wednesday.

Litecoin price appears to be in more trouble as the consolidation advances after the shock  US inflation announcement that rattled the markets in every corner on Tuesday. For three days in a row, the 55-day Simple Moving Average at $58.77 has been pierced through, but each time bulls have come in below to save the day. As the 55-day SMA has been very important as a guide since July, the risk is that bears are slowly turning the level back into a bearish cap, and price action in Litecoin could start to dip back to $52.

LTC price is thus not in a very good setup as bears are slowly building up momentum again. The consolidation helps them build up more short positions before triggering a sell-off below the monthly pivot at $57.12. Once below there, it is not that far to $52, which would be a 10% decline. 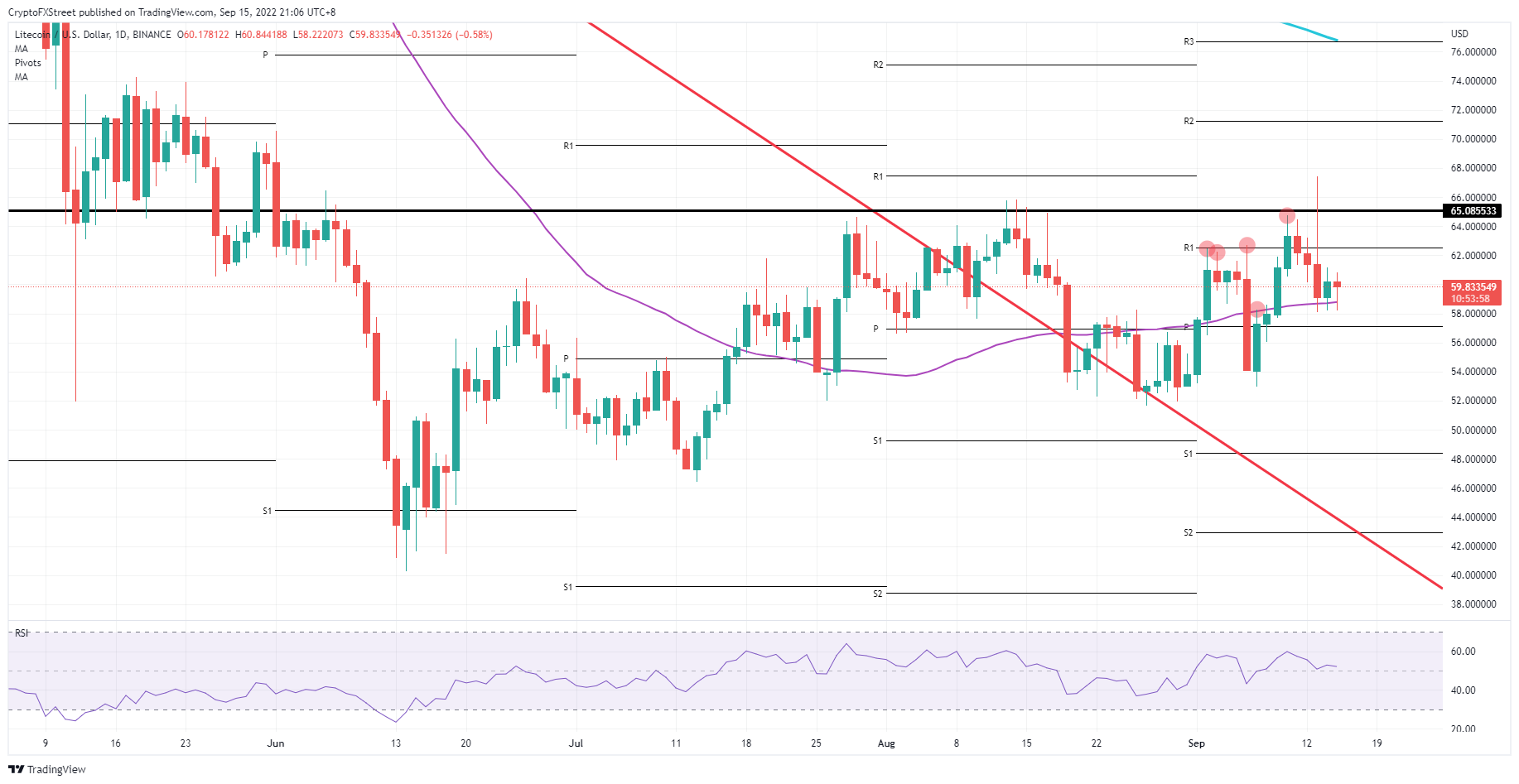 With equities pushing to recover more ground after Tuesday’s sell-off, cryptocurrencies could also see a lift in the spillover effect from the Nasdaq. That would mean a pop higher towards $62.53 and the monthly R1 resistance level. There could be a pause or doubt amongst bulls to take it up further, as the $65.08 level will trigger some nervousness of a new bull trap. Should some economic data and multiple percentages of gains in equities occur, expect that to be enough to break above the $65 level for now.

Read More: Litecoin price goes nowhere as traders are trying to reassess their next move