Despite ongoing sellers’ pressure, some coins are trying to grow, according to their CoinMarketCap ranking. 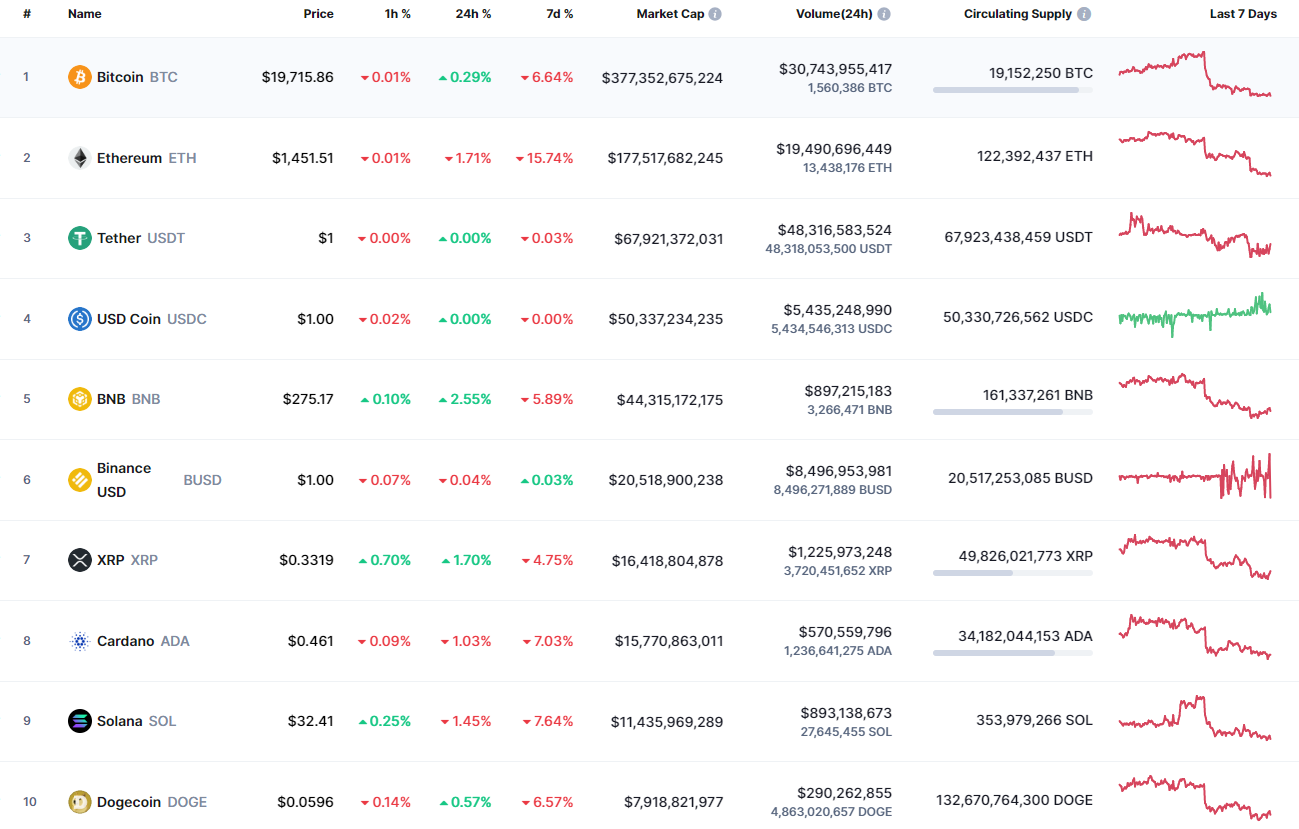 Bitcoin (BTC) is on the list of those coins that are located in the green zone.

Despite the slight growth, it is too early to think about a fast recovery as Bitcoin (BTC) has not accumulated enough power for that. As long as the rate remains trading below the $20,575 mark, bears tend to be more powerful than bulls.

XRP is the biggest gainer today as the price has gone up by 1.63% since yesterday.

Although buyers are trying to seize the initiative, XRP remains trading in a wide channel between the support at $0.3119 and the resistance at $0.3694. One can consider a potential rise only if the price reaches the $0.36 zone.

Even though Litecoin (LTC) remains trading in a wide range, the price is slowly approaching its support level at $52.28 on the daily chart. In this case, a further drop to the $53 mark might provoke a sharp drop to the $50 area.

XRP Ledger May Get New NFT Standard Just Months After…