Is Now the Time to Buy Cardano?

Institutional Investors Believe One Crypto Asset Has the…

Now that The Merge from Ethereum has been completed, it’s time for investors to turn their attention to the other big technological upgrade for the crypto community: the Vasil hard fork from Cardano (ADA -2.74%).Although this event, which took place on Sept. 22, was not nearly as hyped as The Merge, it carries important consequences for the world’s eighth largest cryptocurrency by market capitalization.

Frankly stated, crypto investors are getting impatient with Cardano, which has never had the same type of moonshot mentality as other cryptos. If this huge upgrade for Cardano — timed to coincide with the coin’s fifth anniversary — didn’t move the needle, what possibly could? Updates from Cardano have been slow and steady, and it’s one of the most trusted blockchain projects in the world, but just look at the price of Cardano these days. It’s trading for about $0.46, and it fell after the Vasil upgrade was concluded. Clearly, investors are not expecting much from Cardano.

What the upgrade means for Cardano

When it comes to the Vasil hard fork, there are two ways of looking at it. If you’re a Cardano skeptic, you’re not that impressed with all the promised performance and efficiency gains. Cardano, for example, has always trailed the pack when it comes to smart contracts, so a few changes in how smart contracts and decentralized apps are handled on its blockchain doesn’t seem like a big deal. Isn’t this stuff that Cardano should have had, like, 18 months ago? 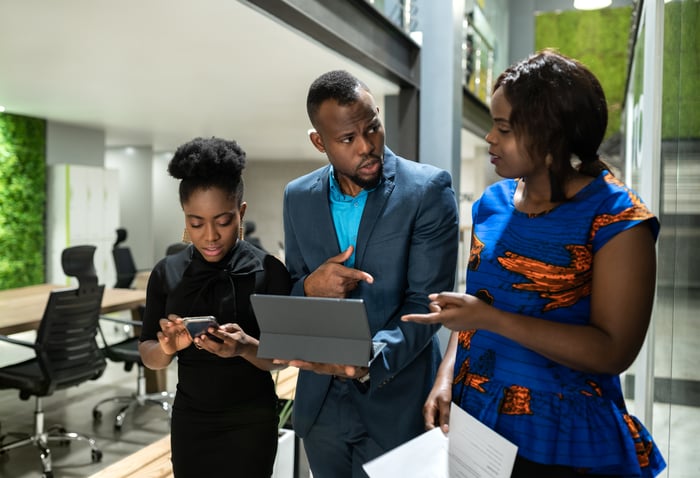 However, if you’re a Cardano bull, the Vasil hard fork is much more exciting. It’s about making Cardano more developer-friendly, and convincing more people to build on top of the Cardano blockchain. It will bring enhanced functionality, greater scalability, improved throughput capacity, and more speed to the network. Cardano bulls love to talk about the “massive opportunities” coming out of the Vasil hard fork, and some project that it could put Cardano on a path to doubling in value to $1.

If there is one big takeaway from The Merge, it’s that technological upgrades do not always lead to major price appreciation. In fact, it is most likely that The Merge is a classic case of “buy the rumor, sell the news.” In the week after The Merge, the price of Ethereum fell by about 15%. After a summer of “Merge mania,” it’s back to more rational thinking about the problems and pitfalls ahead for any crypto.

So that’s what makes the Cardano upgrade interesting. There was literally zero speculative froth heading into the Vasil hard fork. If you look at a chart for Cardano over the past few months, it has traded within a fairly tight band of $0.40 to $0.60 for the entire time period. Without a lot of momentum heading into the upgrade, it was unlikely that there was going to be a huge pop after.

Slow and steady wins the race

Yet, that might actually be a good thing. The token certainly is not over priced. Cardano has been built for the long-term investor, not for the short-term speculator. Over the past five years, it has proven itself to be a trusted blockchain project. In fact, it recently passed the 50 million transaction milestone, and now handles more than 50,000 transactions per day. There are definite signs that Cardano, thanks to past upgrades, has been expanding its developer community and seeing more growth on the blockchain.

Moreover, Cardano has been making gains in places where investors typically don’t focus. Most investors like to see huge brand-name partnerships and celebrity sponsorships. They like the go-for-broke mentality that accompanies many emerging cryptos. But Cardano has proclaimed itself the “financial operating system for the world.” It has championed environmental sustainability and partnered with organizations throughout the developing world. Arguably, Cardano is the most important blockchain project in Africa right now.

So if you were looking for an immediate price jump from Cardano, clearly there’s some disappointment. If, however, you’re looking at the long-term future of the blockchain industry and the power of crypto to change the world’s financial system, then I’m very bullish on Cardano. Being able to buy Cardano at today’s prices seems like a once-in-a-lifetime opportunity. I wouldn’t be at all surprised if Cardano doubles during the next 12 months.


Read More: Is Now the Time to Buy Cardano?

Ethereum price prediction as the VIX index makes a comeback

Institutional Investors Believe One Crypto Asset Has the Most Compelling Growth…