Do Kwon says he is not hiding as crypto manhunt intensifies


The co-founder of collapsed cryptocurrency operator Terraform Labs has broken his silence after Interpol issued a red notice against him, stressing that he is not in hiding despite an escalating global manhunt.

Do Kwon has remained active on social media as the threat of jail hangs over him in South Korea. He wrote on Twitter on Monday that he was making “zero effort to hide. I go on walks and malls”, hinting that there has been no change in his routine.

“I’m writing code in my living room,” he said, adding that he had not seen his name on Interpol’s red notice list. “For something that has notice in the name it sure gives no notice,” he said.

Not all names on the red notice list are made available to the public. Kwon left for Singapore at the end of April, before the $40bn implosion of the terraUSD and luna tokens in May, according to South Korean prosecutors investigating the case.

Kwon showed his location as Singapore on his Twitter account on Monday, but his whereabouts remained unclear, after Singapore police said this month that he was not in the city-state.

South Korean prosecutors on Tuesday declined to say whether they had discovered Kwon’s whereabouts. “Locating and arresting someone is tricky. The situation changes every time. We’re doing our best to get him,” said the Seoul Southern District Prosecutors’ Office.

Experts said it may only be a matter of time before Kwon’s arrest and extradition to his home country, as law enforcement agencies worldwide were co-operating to locate and apprehend him. Kwon and five of his associates stand accused by South Korean prosecutors of financial fraud and violating South Korea’s capital market laws.

Prosecutors have also asked Seoul’s foreign ministry to cancel Kwon’s South Korean passport, after he previously told law enforcement via his lawyer that he had no intention of appearing for questioning. 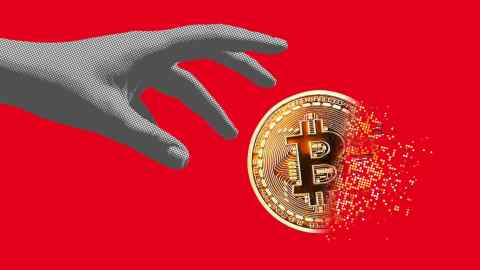 The meltdown of terraUSD and luna coins affected hundreds of thousands of investors, many of whom were drawn in by a scheme in which clients could lend their terra for a yield of 20 per cent.

Kwon is facing class action lawsuits in South Korea and the US for allegedly deceiving investors. The Securities and Exchange Commission and South Korean prosecutors are examining Terraform Labs’ marketing tactics amid allegations that Kwon and his company may have misled investors by labelling terraUSD a stablecoin.

“Prosecutors are keen to punish him as an example, but it is a different matter if he will actually be found guilty in court,” said Kim Hyoung-joong, head of the Cryptocurrency Research Center at Korea University. “There has been no legal precedent in South Korea where crypto investments were seen as an investment contract, as claimed by prosecutors.”

Terraform management has denied any fraud or breach of financial regulations.

Read More: Do Kwon says he is not hiding as crypto manhunt intensifies

Binance Sets To Return In Japan Amid Crashing Crypto Market

Cryptoverse: Bitcoin miners get stuck in a bear pit