By Amy Castor and David Gerard

“when crypto people say decentralized they really just mean all the rich people who control it never have to meet up and can live anywhere, it’s like a job posting saying it’s 100% remote, but for the rich” — deep dish peat moss 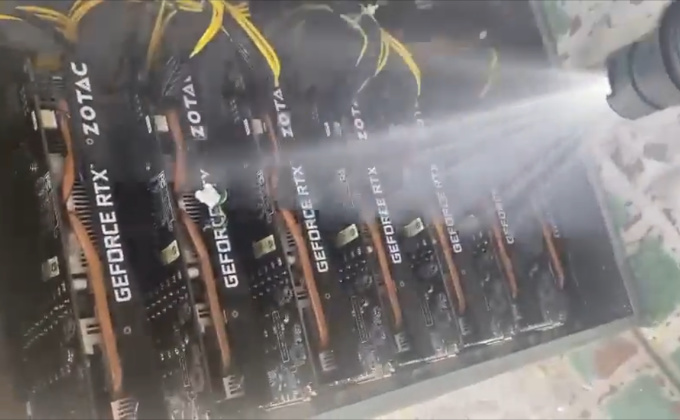 When you take someone’s money and promise them you’ll pay them back more than they put in, that’s an investment contract — a security — and you need to register with state regulators and the SEC. Crypto keeps insisting it can operate outside the rules — but that only works for so long.

Nexo is a CeFi (centralized DeFi) lender — they play the crypto markets and offer Ponzi-level returns to retail investors, if you just hand them your cryptos. Many observers have been wondering if they’d be the next to collapse after CeFi firms Celsius and Voyager.

Nexo is now being sued by eight states — New York, California, Kentucky, Maryland, Oklahoma, South Carolina, Washington, and Vermont — over its “Earn Interest Product,” which offered up to 36% interest to ordinary retail investors.

Earn was utterly unregistered as a security with any US federal or state authority. Nexo falsely claimed that it had “gone the extra mile in ensuring compliance with the applicable regulatory frameworks.”

Nexo expressed its “surprise” at these actions. Gosh! [CoinTelegraph]

New York said it had warned Nexo in October 2021 to stop offering its products in the state and to register as a securities and commodities broker or dealer, but Nexo had not done so.

Nexo told regulators that it had stopped offering Earn to US residents as of 19 February 2022. However, it allowed fixed-term accounts to automatically renew. Over 18,000 California residents have Earn accounts.

Kentucky noted that Nexo offered margin trading, without operating under any of the relevant regulations.

Some states mentioned that Nexo’s Armanino Report, its much-vaunted “real-time audit,” was rubbish — Nexo failed to disclose things that investment providers would be required to disclose, and its numbers didn’t work according to GAAP. Armanino does not show at all that Nexo is even solvent.

Kentucky notes the concerning detail that “excluding Nexo Capital’s net position in NEXO, Nexo Capital’s liabilities would exceed its assets.” That is, Nexo is insolvent apart from its own utterly illiquid made-up token — and the company holds 95% of all NEXO tokens ever. This is the same bind that Celsius found itself in with its CEL token. Dirty Bubble Media goes through the numbers. [Dirty Bubble Media]

The day after the states brought the hammer down, Nexo announced that they had bought an unspecified stake in Summit National Bank, which is “reinventing itself as a modern digital FinTech bank.” This will surely go swimmingly. [press release]

California has been investigating other companies offering interest-bearing crypto accounts since July. “Due to market conditions, some of these companies are preventing customers from withdrawing from and transferring between their accounts.” [press release]

David spoke to a room full of state and provincial regulators at the NASAA (North American Securities Administrators Association) conference in Nashville last weekend, imploring them to go hard after crypto lenders with implausible interest rates. We can see why his talk got a good reception — the regulators were already extremely interested.

Terra Luna: Where in the world is Do Kwon?

South Korea has issued a “red notice” via Interpol, asking law enforcement worldwide to help find and arrest Do Kwon, the co-founder of Terraform Labs, who issued the failed UST and luna cryptocurrencies that took the rest of crypto down with them when they collapsed.

The Seoul Southern District Prosecutors’ Office issued an arrest warrant for Kwon and five others for violating capital market rules on 14 September. [Bloomberg]

Kwon is supposed to be in Singapore, according to his Twitter profile. But Singapore police say he’s no longer there. Since mid-September, Kwon has been insisting, “I am not ‘on the run’ or anything similar.” He says he’s just coding in his living room. Prosecutors say Kwon is “obviously on the run.” [NYT, Twitter, Twitter, Twitter]

Kwon denies everything. “There is no ‘cashout’ as alleged, i havent used kucoin or okex in at least the last year, and no funds of tfl, lfg or any other entities have been frozen.” [Twitter]

Voyager had previously pooh-poohed Bankman-Fried’s bid for the assets, describing the offer as a “lowball bid dressed up as a white knight rescue” — but it came out a couple of weeks ago that FTX had the high bid. [CoinDesk]

The winning bid was valued at $1.4 billion, comprising the fair market value of all Voyager crypto at a “to-be-determined date in the future.” Voyager values the cryptos they have on hand at $1.3 billion. Voyager’s claims against Three Arrows Capital (3AC) — whose collapse took down Voyager in turn — remain with the bankruptcy estate.

As we noted previously, Bankman-Fried was always the one most interested in Voyager.

The purchase agreement still has to be approved by the bankruptcy court. It will be presented on 19 October and the objection deadline is 12 October, so we’ll see what the Trustee and the judge have to say about all of this.

Bankman-Fried is also considering bidding for Celsius, “according to a person familiar with his deal-making.” FTX is in the process of raising a $1 billion funding round, the same person said. That round hasn’t closed yet or been made public.” [Bloomberg]

It’s entirely unclear what Bankman-Fried gets out of putting up a bundle of cash (or cryptos) for a couple of multi-billion-dollar balance sheet holes. Voyager is in the same position as Celsius — the liabilities are real, but the assets are fake. Voyager and Celsius are both broke. The money’s gone. What was there left to buy?

We understand that FTX’s initial backers were a group of shareholders of iFinex, the parent company of crypto exchange Bitfinex and stablecoin Tether — and Tether is deeply entangled in the bankruptcy of Celsius.

Does Bankman-Fried think that if he can buy the balance sheet holes, he can stop them from being examined too closely? Do FTX’s backers think this? Can they all swoop in before the Celsius examiner looks too closely into things?

FTX US President Brett Harrison has stepped down. He took the job in May 2021. Crypto executives always step down when things are going well, apparently. Bankman-Fried had previously worked with Harrison for three years at Jane Street. [Bloomberg]

Alex Mashinsky resigned as CEO of Celsius on 27 September, effective immediately — “I regret that my continued role as CEO has become an increasing distraction.” Chris Ferraro, previously the CFO, has been appointed as interim CEO and Chief Reconstruction Officer. [press release; CNBC]

Why prompted Mashinsky to step aside? Following an investigation into “all transfers to executives and insiders” leading up to the bankruptcy, the Unsecured Creditors’ Committee called for his removal. They seem to have learned something that made them uncomfortable. The UCC assures us that they will continue to pursue Mashinsky personally for their money. [Statement, PDF]

We’re not really giving away anything by noting that multiple state regulators at the NASAA Nashville conference mentioned that they were quite interested in putting Alex Mashinsky’s backside in jail.

Celsius gets an examiner

The US Trustee has appointed an examiner in the Celsius bankruptcy — Shoba Pillay from Jenner & Block LLP in Chicago. Pillay was an assistant attorney for 11 years — the Trustee has brought a cop in to deal with Celsius. Go get ’em, Shoba. [Filing, PDF; Jenner & Block]

During the hearing on 14 September, Judge Martin Glenn approved the Trustee’s request for an examiner — a third party to look over what happened and how the company went broke. The Judge said…

5 Things to Know in Crypto Today