Litecoin [LTC] had a difficult seven days, as the cryptocurrency couldn’t perform as per investor expectations. The alt registered a mere 1% seven-day gains. According to CoinMarketCap, LTC at press time, was trading at $53.39 with a market capitalization of more than $3.8 billion.

In an interesting revelation, CRYPTOWZRD, a popular crypto analyst, pointed out that Litecoin was following Bitcoin’s [BTC] overall sentiment and movements.

LTC Daily Technical Outlook:$LTC declined today but closed with a doji. Litecoin is simply following Bitcoin’s overall sentiment and movements. I’ll track the intraday chart formation tomorrow to look for a quick scalp setup if there is enough volatility 👀 pic.twitter.com/4l5N7UKQ4t

The findings of this analysis were evident by looking at both the charts of both the coins as they registered similar growth in the last few days.

For instance, at press time BTC’s and LTC’s one-hour growth was 0.03% and 0.16% respectively. Nonetheless, the Litecoin ecosystem witnessed a few upgrades and developments. These may have the potential to help the coin move up in the days to come.

Recently, Litecoin developers pushed a new update called MimbleWimble Extension Blocks. According to them, this is the largest upgrade in the LTC blockchain as it will increase LTC’s scalability over ten fold. This development looked pretty promising as it increased the blockchain’s capability considerably.

$LTC‘s #MWEB, MimbleWimble Extension Blocks, is the largest upgrade ever to the #Litecoin blockchain. It can give the Litecoin Network 10x Scalability 🚀 🚀 🚀 pic.twitter.com/Y6ycnbewmp

However, despite the effort, things in the short-term didn’t seem to be in LTC’s favor as several metrics suggest a possible downfall in the coming days.

For instance, though the Market Value to Realized Value (MVRV) ratio registered a slight uptick, it was still considerably down. Litecoin also didn’t manage to gain much traction from the crypto community, which was evident by looking at LTC’s social volume as it decreased over the last week.

Earlier this month, Santiment’s data also revealed that LTC gained the third spot on the list of cryptocurrencies with the most daily active addresses. However, things might have changed a bit over the last few weeks, as LTC’s daily active addresses declined as compared to late September. Nonetheless, LTC’s development activity had spiked lately, which was a green flag.

Furthermore, data from on-chain intelligence platform Glassnode pointed out that LTC’s reserve risk decreased in the last week. This meant that traders could invest in LTC. 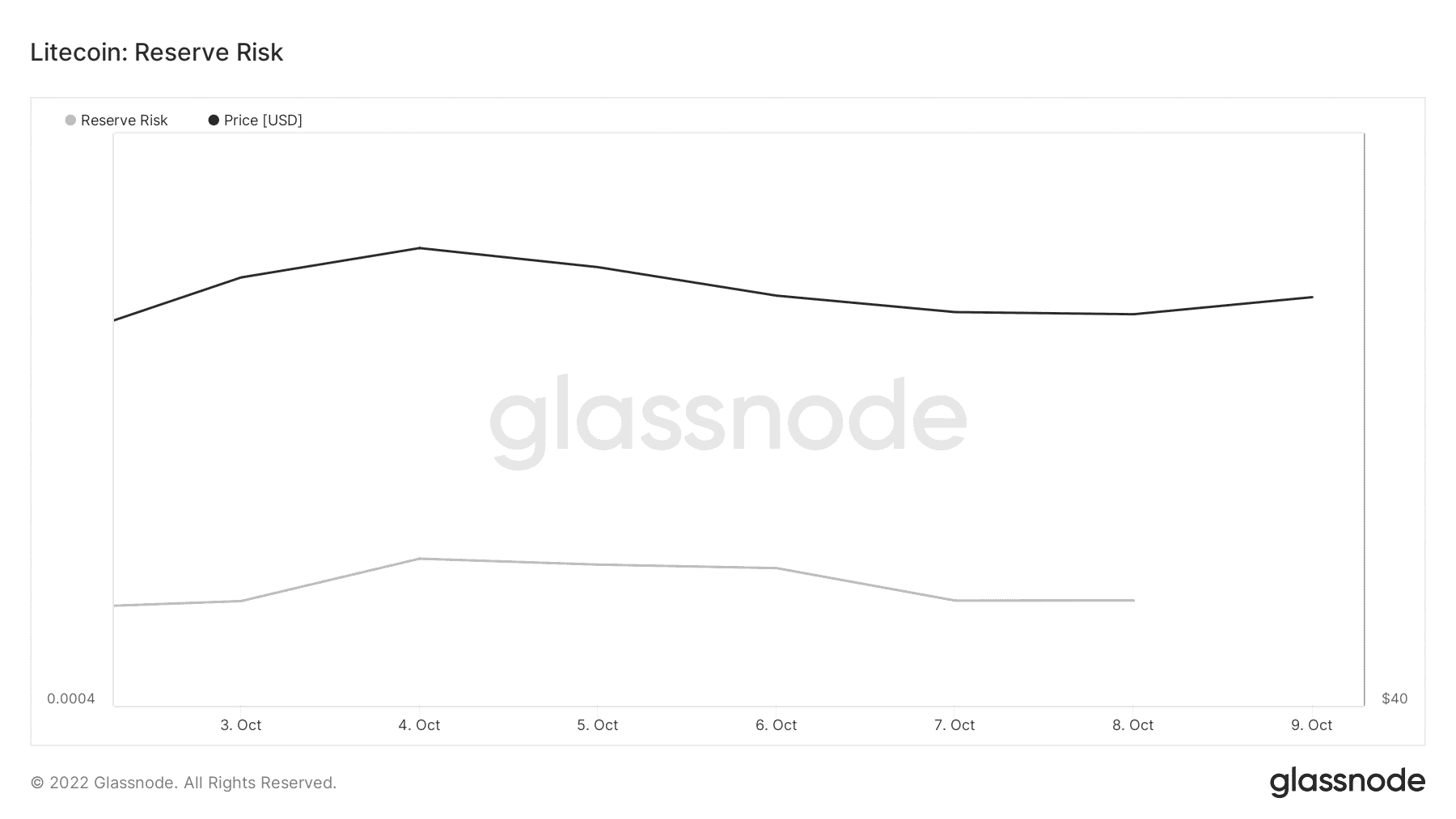 A look at the daily movements

LTC’s daily chart portrayed an ambiguous picture as a few market indicators supported a price hike, while the rest suggested otherwise. For instance, the Moving Average Convergence Divergence (MACD) displayed a bullish crossover, which might help the coin climb the ladder in the coming days.

The Bollinger Bands (BB) data revealed that LTC’s price might soon enter a high volatility zone after registering a weeks-long sideways monument. This may increase the chances of a northbound breakout.

The Relative Strength Index (RSI) and Chaikin Money Flow (CMF) were both near neutral positions, suggesting that the market could head in any direction. However, the Exponential Moving Average (EMA) Ribbon indicated sellers’ advantage in the market as the 20-day EMA was resting below the 55-day EMA. This may minimize the chances of an uptick in the short-term.

Why Bitcoin and Chainlink Investors Are Eyeing Up Potentially Gaining 1,000x More With