Can You Still Mine Ethereum After the Merge? 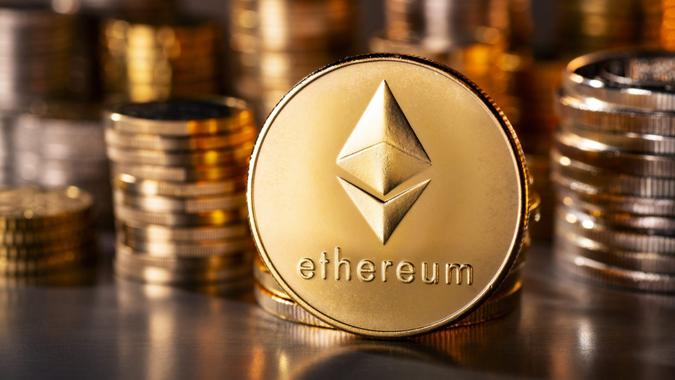 Most people probably first heard of blockchain mining when Bitcoin began entering the mainstream in the late 2010s. Bitcoin, after all, was the only cryptocurrency in the beginning, and mining was the only way to produce it.

Looking To Diversify in a Bear Market? Consider These 6 Alternative Investments

Tech-savvy people looking to create passive income streams from home were turned on by the prospect of performing computational work to earn digital tokens that were rapidly appreciating in value.

Bitcoin was soon joined by new cryptocurrencies, new blockchains and new mining communities. The biggest and most popular altcoin was and still is Ethereum, which existed on a new kind of blockchain that proved to be even more profitable for miners than Bitcoin. That, of course, attracted a crowd of upstart miners looking to cash in.

If you’re considering trying your hand at mining Ethereum, your timing is unfortunate. The Ethereum blockchain just underwent a major transformation that changed the nature of how Ethereum is created and validated — but that doesn’t mean you’ve lost your opportunity to profit by servicing this rapidly expanding blockchain network.

What Made Mining Ethereum So Popular?

According to CoinMarketCap, Ethereum’s $158.32 billion market cap as of Oct. 11 makes it the biggest altcoin by far. As of the same date, Ethereum holds 17.2% of the combined $920.35 billion value that’s spread across the 20,000-plus crypto assets that exist in the world.

Bitcoin is a “store-of-value” token — a decentralized currency that holders can spend like money or keep as an investment that they hope will appreciate in value.

The Ethereum blockchain, on the other hand, is an arena that developers use to host smart contracts and run decentralized applications, and those builders are creating the digital infrastructure that will support the still-emerging Web3. That capacity made Ethereum the home base for the metaverse and NFT movements that exploded into the mainstream last year.

That new level of functional utility drove intense demand for Ethereum’s block space, which increased the rewards for those who mined it.

Can You Still Mine Ethereum?

If you’re considering Ethereum mining, you’re getting into the game during a pivotal time of foundation-level blockchain transition from Ethereum to what many refer to as Ethereum 2.0.

It’s not just a name change.

Known simply as “the merge,” the transition has transformed how the Ethereum blockchain operates, how it’s maintained and how tokens are generated.

On Sept. 15, NextAdvisor reported that “the Ethereum merge is complete.” Two days later, the Ethereum blockchain converted from a proof-of-work (PoW) to a proof-of-stake (PoS) consensus mechanism.

The merge replaced Ethereum miners with validators who maintain the network by staking Ether (ETH). The change was necessitated by the unsustainable energy requirements that are inherent to traditional blockchain mining. The shift to PoS greatly improves energy efficiency by using investor capital locked up in validating nodes to validate transactions instead of the energy-hogging hardware that the mining trade relied on to function.

What Does This Mean for Ethereum Miners?

Forbes reported that miners continued to buy GPUs and other pricey equipment even while the merge was pending because mining Ethereum had been so lucrative — even better than Bitcoin.

That leads to the second and more long-term problem for miners.

The events of Sept. 15 essentially dissolved what Forbes reported to be an $18 billion industry and forced the world’s Ethereum miners into involuntary retirement.

The day before on Sept. 14, Bloomberg reported that Ethermine, the world’s largest Ethereum mining services provider, was shutting down its servers.

Essentially, the merge slammed the door on PoW validation and the countless miners who relied on it for income.

Is This the Beginning of the End for Blockchain Mining?

There is no debate that PoS is far less energy-intensive and far more scalable than PoW. But according to crypto expert Jagjit Singh, writing for Cointelegraph, “Proof-of-stake is still in its infancy, potentially revolutionizing blockchain security and rendering mining obsolete. But it is yet to be seen if PoS consensus algorithms will result in the complete cessation of PoW mining.”

Can I Mine Ethereum for Free?

It was never possible to mine Ethereum for free, at least not successfully. The page that had been dedicated to mining on Ethereum.org — it’s now historically archived, inactive and topped with a disclaimer about the merge — laid out some of the cost considerations.

While “anyone was previously able to mine on the Ethereum network using their computer,” as noted by Ethereum.org, it was not plausible to do so profitably without purchasing dedicated computer hardware and securing a cheap energy source.

Many miners combined their resources in “mining pools” — but that only added to the costs. According to Ethereum.org, “these pools typically charged a flat % fee of each block generated by the pool.”

Some people opted for cloud mining, which outsourced the need for expensive specialized hardware and equipment. Cloud miners could complete blockchain work from standard computers by using services like StormGain or ECOS, which maintained the required servers remotely and granted access to their users — for a fee.

Some cloud services allowed miners to mine for free while testing their services.

How Do I Start Mining Ethereum?

Ethereum no longer uses traditional PoW mining to build and maintain its blockchain. So if you’re wondering how you can start mining Ethereum, you can’t — but you can participate in its new validating mechanism, called staking.

According to Coinbase, “‘Proof of work’ and ‘proof of stake’ are the two major consensus mechanisms cryptocurrencies use to verify new transactions, add them to the blockchain, and create new tokens. Proof of work, first pioneered by Bitcoin, uses mining to achieve those goals. Proof of stake — which is employed by Cardano, the ETH2 blockchain, and others — uses staking to achieve the same things.”

OK, So If I Can’t Mine Ethereum, How Do I Start Staking?

Ether (ETH), the native coin of the Ethereum ecosystem, is the currency that underpins all staking processes on the blockchain.

There are four different ways to stake Ethereum:

Each method comes with its own level of responsibility, rewards, control and contribution to the blockchain, but Ethereum.org considers solo home staking to be the “gold standard.”

You need to own and deposit 32 ETH to begin solo staking, which is the act of running an Ethereum node that’s connected to the internet.

Each node contains both a consensus layer client and an execution layer client. Clients are software programs that use a valid set of signing keys to work together in proposing blocks, aggregating attestations, verifying transactions and performing other necessary maintenance tasks to keep the blockchain healthy.

Your job as a staker is to operate the hardware that the client programs depend on to function. Ethereum.org recommends investing in a dedicated machine that is always online. In exchange for keeping your validator online and functioning properly, you’ll receive maximum monthly rewards. Since it’s a trustless system that never requires you to surrender your keys, you retain full control while maximizing your rewards, which come in the form of new ETH.

You can no longer mine Ethereum, but you can perform the same service and earn similar rewards by staking Ethereum. Solo home staking requires the least amount of trust and offers the most control and maximum rewards — but it also requires the most responsibility and the most technical know-how. There are penalties for errors like going offline, which can diminish your ETH holdings.

If you want to get in on the action but you’re not quite ready for solo home staking, consider staking as a service, pooled staking or staking on centralized exchanges. All three of those formats pay lower rewards and require higher degrees of trust, but they’re easier and more accessible. Ethereum.org outlines…

Core Scientific submits petition to sell over $6M in Bitmain…

In search of cheap power and land, crypto companies look to…

Read More: Can You Still Mine Ethereum After the Merge?

In search of cheap power and land, crypto companies look to Nebraska