Big Eyes Coin Is Eyeing Change for the Environmental Crisis, Whilst Bitcoin and Litecoin

The current state of our world and environment is dire. The Earth has never been in such awful shape. This is all due to climate change caused by pollution and greenhouse gas production. A million species are at risk of extinction, and natural ecosystems have lost around half of their area. The biomass of wild mammals has decreased by 82%, mostly due to human activity. One of these human activities is mining for crypto, which uses a large amount of energy annually. Big Eyes Coin (BIG) wants to change this and be a more environmentally friendly cryptocurrency.

How Bitcoin (BTC) Affects the Environment.

Bitcoin (BTC) was the first cryptocurrency to hit the modern market in 2009. It is now the most popular cryptocurrency and has a market capitalization of $366,387,315,046 as of the 12th of October, 2022. One of the main methods to acquire this cryptocurrency is via mining. There are many ways to mine cryptocurrency. However, the method created by Bitcoin, which is most widely used today, is the proof-of-work mining method. This method validates Bitcoin transactions and adds blocks to the blockchain. 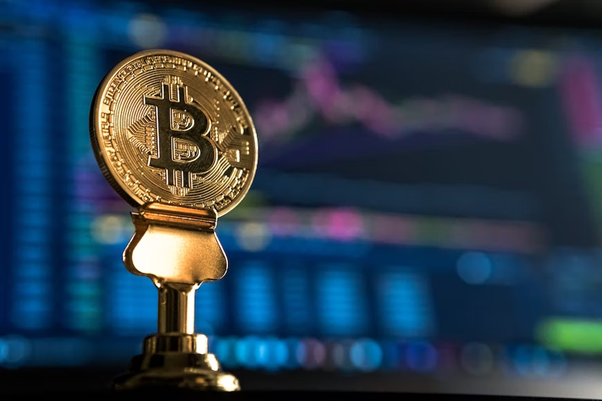 The way this process works is by getting users to solve complicated maths equations to make a hash that matches the goal hash for the current block is the work in this situation. This grants the cryptocurrency miner the ability to add that block to the blockchain and earn rewards in the form of a Bitcoin. Intelligent computers often carry out this process and so use a lot of energy to run. This causes Bitcoin to consume roughly 123 Terawatt Hours annually, significantly increasing damage to the Earth.

This is just as detrimental as Bitcoin’s use of a proof-of-work mining system. Bitcoin may assume that since they aren’t as popular as Bitcoin, it won’t get as much backlash, but in a world so focused on securing its environment there will always be backlash. This is especially likely as many other systems are being invented that make the proof-of-work system redundant, yet it is still being used and negatively affecting the environment.

How Big Eyes Coin (BIG) Is Trying to Change This.

Big Eyes Coin (BIG) is a meme coin that is in its pre-sale stage and has made over $7 million of dollars so far. The coin has an adorable cat mascot that is a nice change of pace compared to the classic meme coin structure.

Big Eyes Coin (BIG) uses the Ethereum blockchain, unlike the previous two coins. This blockchain uses a different mining method instead. Cryptocurrency transactions are verified via a form of consensus process called proof of stake. With this approach, cryptocurrency owners can stake their coins, giving them the authority to review and add new blocks of transactions to the blockchain. This produces much fewer carbon emissions, at around 99% lower. Alongside this, Big Eyes Coin (BIG) will be putting aside 5% of its total tokens for ocean-saving charities.

Most bigger cryptocurrencies, such as Bitcoin and Litecoin, produce huge amounts of carbon emissions without care for the environment. Big Eyes Coin (BIG) would like to change this and so uses a different blockchain producing fewer emissions.

Use this bonus code to get extra BIG tokens: BIG9370

Disclaimer: This is a paid release. The statements, views and opinions expressed in this column are solely those of the content provider and do not necessarily represent those of Bitcoinist. Bitcoinist does not guarantee the accuracy or timeliness of information available in such content. Do your research and invest at your own risk.

Read More: Big Eyes Coin Is Eyeing Change for the Environmental Crisis, Whilst Bitcoin and Litecoin

EthereumPoW Ecosystem Continues to Grow as Support for Mining Remains

October will be history changing