Why Bitcoin Could Soar in the Coming Years

Was this just a big financial experiment gone bust, or should investors continue to look at Bitcoin as a possible vehicle for building a diversified investment portfolio?

It’s certainly possible that the king of cryptos has seen its best days, but there’s also plenty to be optimistic about. When you consider Bitcoin’s history of sell-offs and recoveries and an important upcoming event, this crypto looks quite attractive at current prices. 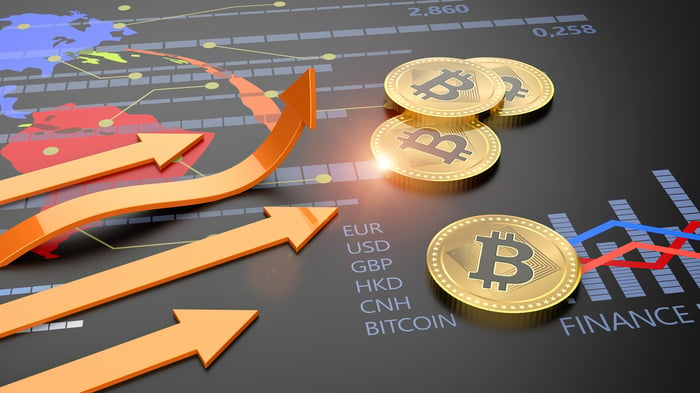 Bitcoin has a history of crashes and recoveries

If you’ve followed the Bitcoin story for more than a couple of years, you know that huge drawdowns are a common occurrence. In fact, there have been three crashes in the past decade that are worse than the current one:

The main takeaway is that on all three occasions, Bitcoin recovered from these huge declines.

When you look at the reasons for the previous crashes, the current situation feels rather tame. In 2011, Mt. Gox — a Japanese exchange that was responsible for roughly 70% of all Bitcoin transactions — was hacked, which resulted in the theft of more than 800,000 Bitcoins.

And yet, Bitcoin not only recovered from this predicament but surged to new highs in the years following.

If Bitcoin can survive an event as detrimental as a 99% crash, I have no doubt it can recover from the current bear market and macroeconomic headwinds.

Perhaps the most important catalyst in the near term is the next halving, which is scheduled to take place in the second quarter of 2024.

If you’re brand new to Bitcoin, I’d suggest reading this informative article, which will give you a foundational understanding of Bitcoin basics.

Halving refers to an event that occurs roughly every four years. Bitcoin’s protocol requires that after every 210,000 blocks are mined, the reward given to miners is cut in half. In the early days, miners were rewarded with 50 bitcoins every time they solved a problem.

Fast forward to today, and miners are receiving 6.25 tokens, and that number is scheduled to be cut in half in about 18 months. It doesn’t take a genius to understand that if fewer Bitcoins are being rewarded to miners, the value of those coins is likely to rise. It’s simple supply-and-demand logic.

If we look at past halvings, we see how this premise played out:

The light at the end of the tunnel

Bitcoin recently has been lumped into a broad basket of risky investments, and as such, the market has hammered it. But investors should also understand that the market is a leading indicator, and it recovers before the broader economic environment.

It’s entirely possible that we could see a resolution in supply chain constraints caused by the pandemic and the Russian invasion of Ukraine in the next 12 to 24 months, which would ease the rate of inflation. This would likely prompt the Federal Reserve to shift its rate-hiking strategy and could very well be the catalyst growth investors have been waiting for.

Considering that Bitcoin has tracked growth stocks almost in lockstep during the past year, the next halving and a potential decline in inflation could send the coin’s price surging. 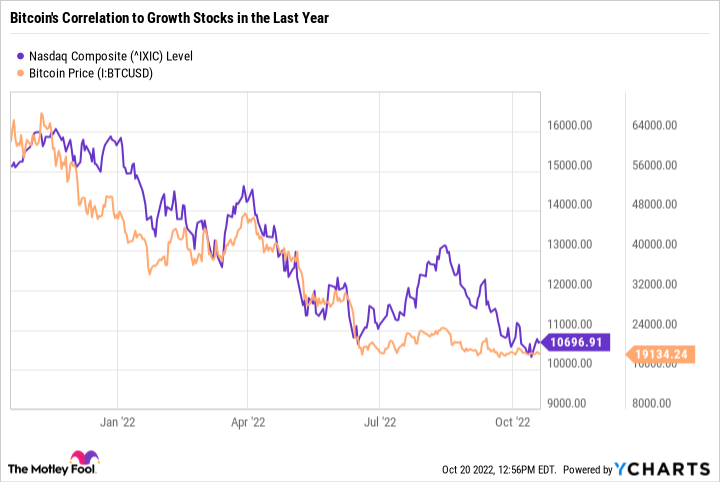 While we can only speculate on the macro environment, we can be certain that the Bitcoin halving will occur sometime in 2024. And if history is any indicator, this is likely to be good news for the price.

Read More: Why Bitcoin Could Soar in the Coming Years

What Does a Risk Analysis Say About VouchForMe (IPL) Sunday?

If Walmart Is Serious About Crypto, Bitcoin Might Soar