GEM Digital Limited commits 25 Million Dollars to MintMe.com Coin. MINTME rose by over 50,000% in the last two years, and such news will only speed up its march to the top.

MintMe, with over 70 000 users growing against the bear market, was built to serve as an alternative to fiat crowdfunding services. It allows users to create a unique token representing their brand or idea and have their fans and followers buy them as a means of donation. MintMe works as an electronic marketplace for these tokens, and it also has a traditional crypto exchange market within its services.

Thirty developers have been working tirelessly for over a year on a new, not yet released MintMe 2.0 version. It will include many ground-breaking features, such as adding a token shop, giving creators more options to monetize their ideas, and for investors to support projects with potential. This version will completely change the visual interface for MintMe, and it is planned to be released near the end of 2022. 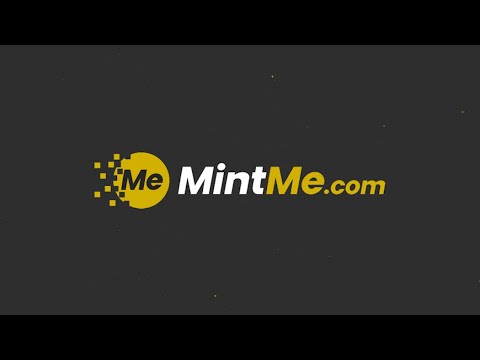 This investment commitment from GEM Digital will allow MintMe to propel its growth, allowing them to allocate funds toward talent acquisition, further development of its marketing efforts, the acquisition of scalability-related infrastructure, and the build of a fully functional mobile application to accompany its site.

Their commitment to providing MintMe with up to a 25 Million USD investment shows the untapped potential of the startup within their market sector and the institutional appetite for more blockchain-based alternatives to popular social and community services such as crowdfunding platforms.

MintMe.com is not only an instrument for prospective entrepreneurs as well as social figures and organizations to crowdfund what they do, but also, it can serve as a medium for creators to directly interact with supporters and for supporters to potentially influence the development path of their favorite project, as well as getting to know more about its creator.

MintMe continues to innovate and push its service forward, incorporating more and more features requested by its users and onboarding its native coin (MINTME) into multiple renowned decentralized exchange platforms. This, together with the notice of the upcoming release of their version 2.0 update, which will bring a complete redesign of the site, has been one of the factors of their exponential growth in the last couple of months.

This commitment by GEM is a big step towards the mainstream integration of MintMe as a secure, straightforward, and community-driven crowdfunding alternative, allowing the service to boost its rate of development and look into the potential of implementing even bigger and more ambitious features to the platform, such as the addition of an NFT marketplace, DeFi token swaps, and more.

GEM Digital Limited is a digital asset investment firm. Based in the Bahamas, GEM Digital has committed capital to 50+ projects that trade on over 23 Centralized Exchanges globally. Their mission is to fuel growth and provide working capital to innovative, industry-leading projects in the Web 3.0 ecosystem.

Global Emerging Markets (“GEM”) is a $3.4 billion alternative investment group with offices in Paris, New York, and the Bahamas. GEM manages a diverse set of investment vehicles focused on emerging markets and has completed over 570 transactions in seventy-two countries. Each investment vehicle has a different degree of operational control, risk-adjusted return, and liquidity profile. The family of funds and investment vehicles provides GEM and its partners with exposure to Small-Mid Cap Management Buyouts, Private Investments in Public Equities, and select venture investments.

Disclaimer. This is a paid press release. Readers should do their own due diligence before taking any actions related to the promoted company or any of its affiliates or services. Cryptopolitan.com is not responsible, directly or indirectly, for any damage or loss caused or alleged to be caused by or in connection with the use of or reliance on any content, goods or services mentioned in the press release.