The Taiwanese account for NVIDIA hasn’t been used all that much in the last few years, but then a tweet came out of nowhere promoting Dogecoin (DOGE), Bitcoin (BTC), and Ethereum (ETH). The NVIDIA Taiwan Twitter account was verified, from an official account… showing that everyone should be careful, always. 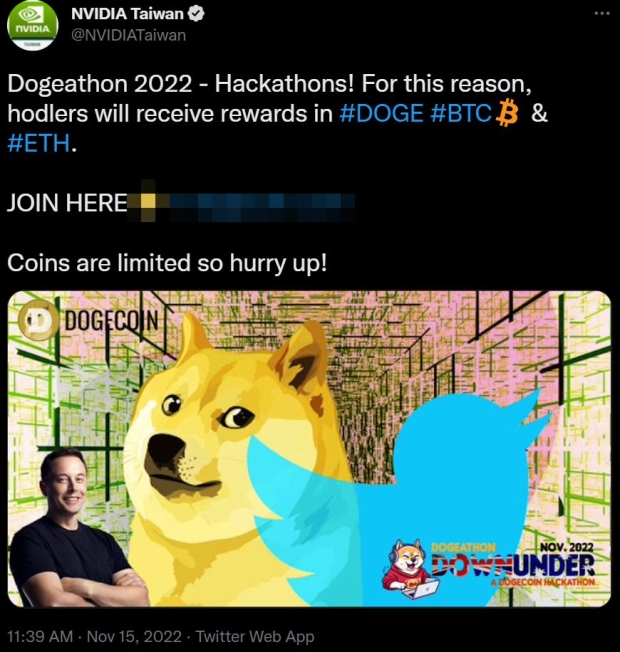 The tweet has since been removed, so you don’t need to worry about it anymore, but screenshots were snapped for prosperity. The account has also been suspended since the tweet, which is good to see, so people don’t get ripped off. Unfortunately, the account could’ve been used for good: promoting NVIDIA’s just-unleashed GeForce RTX 4080 graphics card.

Alameda Allegedly Traded These 18 Tokens on Insider Info Through FTX