Institutional Investors Believe One Crypto Asset Has the…

Right now, most investors would be grateful for Bitcoin (BTC 0.31%) prices to reach $20,000. The spectacular collapse of cryptocurrency exchange FTX has pushed down the price of Bitcoin to the $16,000 level. And some traders are now suggesting that Bitcoin could touch $15,000 or lower before it ever sees $20,000 again.

So it’s interesting to see that California-based crypto hedge fund Pantera Capital is putting out what seems to be — at first glance — a ridiculously high price target of $149,000 for Bitcoin. According to Pantera Capital, the one catalyst that has the potential to drive Bitcoin significantly higher in the near-term future is the next Bitcoin halving, scheduled to take place in March 2024. But just how realistic is this price target?

The significance of the Bitcoin halving

In each Bitcoin halving, the reward for mining a new block on the Bitcoin blockchain falls by one-half. Today, for example, Bitcoin miners receive 6.25 bitcoins every time they successfully mine a new block. When the next Bitcoin halving occurs in March 2024, the size of the reward will fall to 3.125 bitcoins. All of this is controlled algorithmically, which ensures that Bitcoin miners all over the world know exactly when this halving event is going to happen. 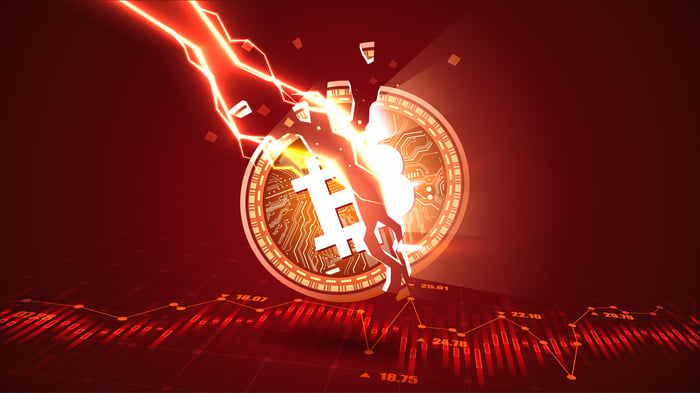 It also ensures that investors all over the world know exactly when it is going to happen, and that’s what makes the halving event so special. There have been three Bitcoin halving events in the past (2012, 2016, and 2020), and each one has followed a similar pattern: There is a bottoming out of the Bitcoin market approximately 15 months in advance of the halving, then a gradual increase in the price of Bitcoin heading into the halving, and then a massive skyrocketing in price afterward for a period of about 15 months.

So, if you apply the same logic to the next Bitcoin halving in 2024, then we should expect a similar bullish run for Bitcoin. By running the numbers, Pantera Capital calculated there will be a bottoming out of Bitcoin by the end of November, a gradual recovery into 2023 and early 2024, and then a massive explosion afterward. This is based on modeling previous Bitcoin halving events, and then extrapolating forward.

According to Pantera Capital, Bitcoin typically hits a bottom 477 days prior to the halving, and then reaches a peak in the bull market cycle approximately 480 days after the halving. Even if you’re not bullish on Bitcoin, you have to acknowledge that there’s a beautiful symmetry to all this. Pantera Capital is now predicting that Bitcoin will rise to $36,000 by March 2024 and then skyrocket to $149,000 afterward.

The big caveat here, of course, is that past performance is no guarantee of future performance. Just because an event has happened three times in the past doesn’t mean it will happen again. Three events are still a very small sample, and the price of Bitcoin is so volatile that we really don’t know what’s going to happen in the future. Some of the smartest investors in the world are convinced that Bitcoin will go to zero. So don’t go out and bet your house on another Bitcoin rally.

That being said, the Great Bitcoin Halving of 2024 could be the type of big narrative story that unites crypto investors worldwide. In a sort of self-fulfilling prophecy, crypto investors will think that they need to get in early in order to profit from the halving, so they will buy Bitcoin while it’s still trading for under $20,000. This, in turn, will push Bitcoin even higher. As more investors see this happening, they will also start buying, leading to even more momentum. Eventually, by the time we get to 2024, Bitcoin would appear to be following the exact trajectory promised by the model.

But then what? Remember what happened this year with Ethereum, and the big narrative story — The Merge — that promised to unite crypto investors worldwide. Everybody got excited that this might be a truly defining moment for crypto, and many predicted that Ethereum would skyrocket in value. But what did we get? Ethereum is still down more than 70% over the past 12 months, and some investors are warning that Ethereum could dip below $1,000 from its current level of $1,200.

So take every Bitcoin projection with a grain of salt and do your own due diligence. There’s room to hope that Bitcoin will soar in the coming years, but just don’t be seduced by anyone promising that another massive Bitcoin rally is absolutely going to happen anytime soon.

Institutional Investors Believe One Crypto Asset Has the Most Compelling Growth…