Why are Crypto Prices Pumping This Week? 5 Best Crypto to…

Nearly 5,000 new cryptocurrencies emerged in 2022 despite…

Mooners and Shakers: How to make a Brazilian Bitcoin,…

Editor’s Note: With so much market volatility, stay on top of daily news! Get caught up in minutes with our speedy summary of today’s must-read news and expert opinions. Sign up here! 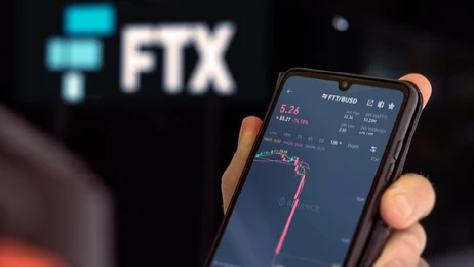 Even as markets struggle to deal with the FTX bankruptcy and its contagion, new developments surrounding the exchange and its affiliated companies continue to unfold.

Late Monday saw reports emerge that the U.S. Justice Department opened a probe into FTX months before the collapse of the crypto exchange. Bloomberg reported that the US Attorney’s Office for the Southern District of New York spent months examining FTX on suspicion that it was violating the Bank Secrecy Act, which requires financial institutions to prevent money laundering and terrorism financing.

The Justice Department allegedly thought the Bahamas-based FTX.com was still serving customers in the United States, rather than having them go through FTX.US, which was believed to be in compliance with the Act.

Tuesday morning brought reports that FTX funds were used to purchase over 19 properties worth $121 million in the Bahamas since 2020, according to the country’s official property records. FTX’s property purchases included seven condos in the Albany resort community where the company’s headquarters were based, costing almost $72 million.

Another beachfront home purchased by FTX in Old Fort Bay was listed for use as a “vacation home” and had SBF’s parents Joseph Bankman and Barbara Fried as signatories.

“Since before the bankruptcy proceedings, Mr. Bankman and Ms. Fried have been seeking to return the deed to the company and are awaiting further instructions,” a spokesperson for the couple told Reuters.

Two of the FTX real estate purchases were designated for commercial use, including the $8.55 million housing complex that made up FTX’s headquarters, and five acres of land that was to have offices built on it for the exchange.

Also on Tuesday, Justin Sun, founder of the Tron network, told the Wall Street Journal that he and his affiliates are looking to buy FTX assets.

“We are open to any kind of deal. I think all the options [are] on the table,” Mr. Sun told reporters in Singapore Tuesday. “Right now our team is in the Bahamas,” Sun said, explaining that representatives of both Tron and the Huobi Global digital-asset exchange were in the Caribbean nation.

“We are evaluating assets one by one,” Sun said, “but as far as I understand the process is going to be long since they are already in this kind of bankruptcy procedure.”

Markets are also waiting to see what new information comes out of the FTX bankruptcy court hearing in Delaware later today. Late last week things were shaping up to be a jurisdictional battle between the Bahamas-based liquidators of FTX Digital Markets, who filed for Chapter 15 bankruptcy in New York, and the U.S.-based FTX.com leadership which filed for Chapter 11 in Delaware.

Ahead of today’s hearing, however, lawyers representing the Bahamian and American liquidators announced that they had come to an agreement that the Chapter 11 proceedings could take precedence.

Meanwhile, analysts continue to watch the on-chain activities of the so-called ‘FTX hacker’, who was last seen converting tens of millions of dollars of ETH into Bitcoin in an effort to cover their tracks.

The overall market cap for cryptocurrency has fallen under $790 billion, down over 20% since the beginning of the FTX collapse earlier this month and down almost 75% from its high of nearly $3 trillion in November of 2021.

The prices of the BNB, XRP, Solana and AXS crypto

Why are Crypto Prices Pumping This Week? 5 Best Crypto to Buy Before 2023

Mooners and Shakers: How to make a Brazilian Bitcoin, despite it being layoff season…

Search Crypto News Dec 1, 2022
There was a time when having sky-high annual percentage rates on crypto yield products felt like the best way to…

Bitcoin Is Red Hot. Can It Ever Be Green?

BREAKING: CFTC chair says only Bitcoin is a commodity, Ether is a…