According to a new CryptoQuant report by Wenry, Bitcoin’s average dormancy had witnessed a spike. In the past, whenever such a spike occurred, it was always accompanied by the first technical rebound.

“Past statistics show that this index frequently rises during the first technical rebound after a large price drop.”
by @dntwenry

From the image below, it can be observed that Bitcoin’s average dormancy was the highest it’s ever been since February 2022. “Average Dormancy” is an on-chain indicator that calculates when a coin was traded the last time in relation to all coins. This metric usually grows when there is high selling pressure. 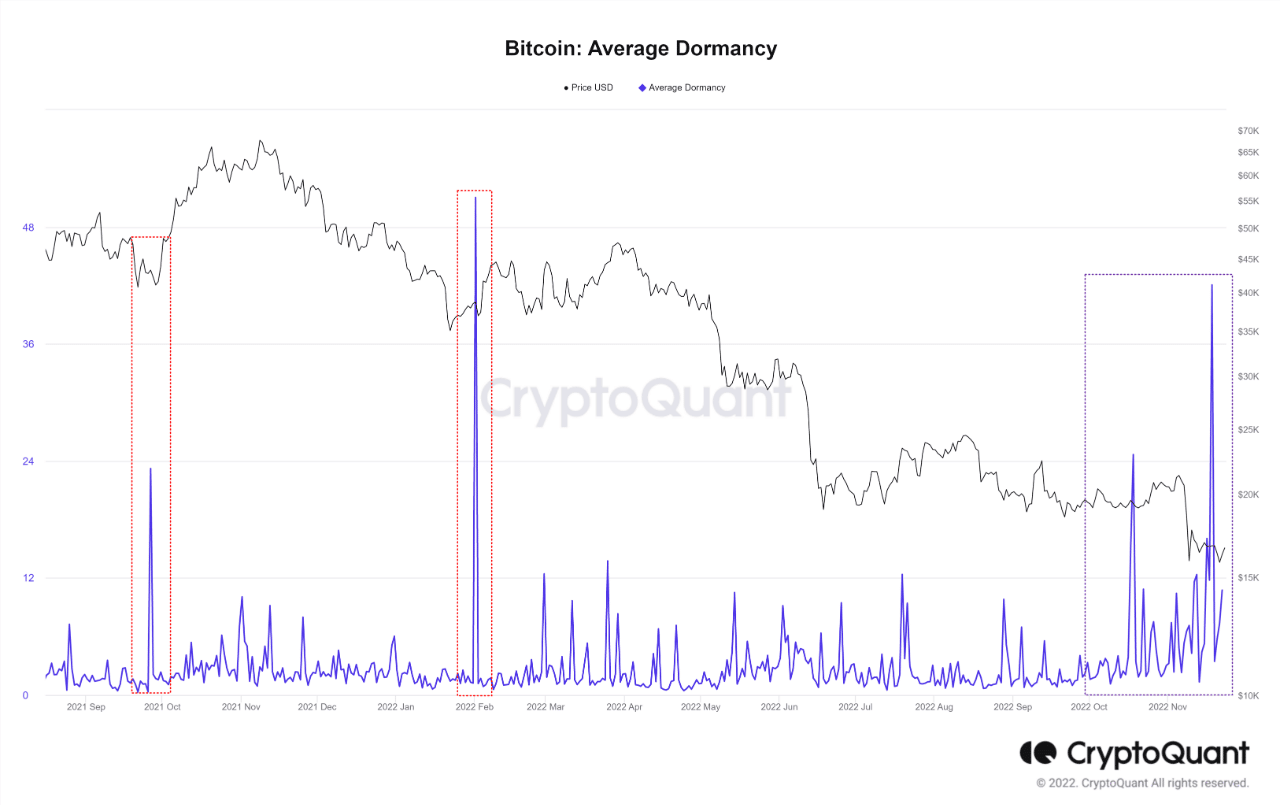 However, despite that, whales continued to show interest in Bitcoin. According to Glassnode’s data, addresses holding more than one coin reached an all-time high of 950,432 on 24 November. 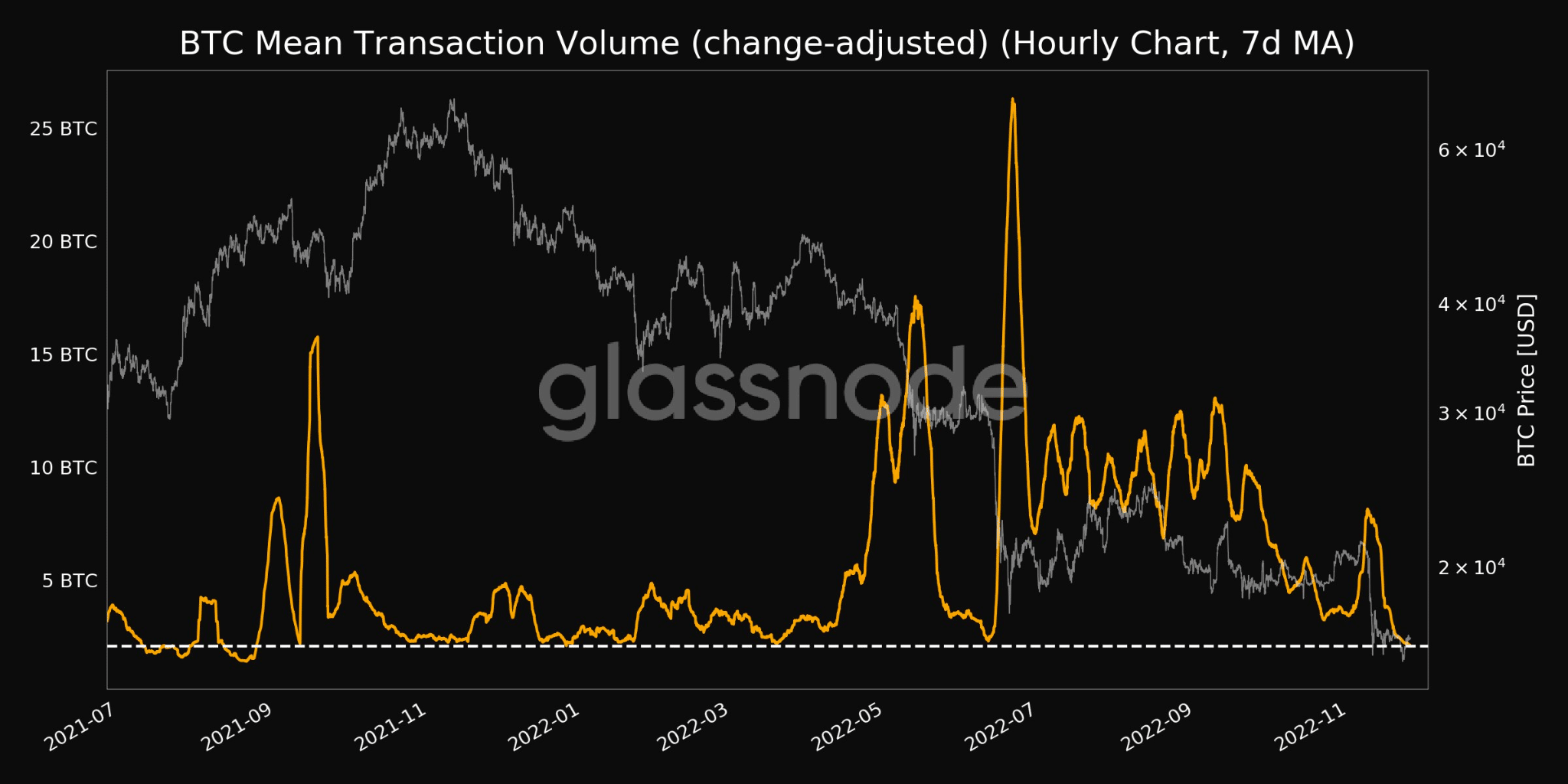 Even though large investors were observed to be accumulating Bitcoin, there were factors that could increase selling pressure on retail investors.

The transaction volume in profit declined over the past month, as can be seen from the image below. This indicated that a lot of Bitcoin holders were not able to profit after selling their BTC.

The MVRV ratio declined as well, suggesting that if most of the BTC holders sell at the current price, they would do so at a loss.

The daily active addresses on the BTC network also decreased significantly in the past few days.

It wasn’t just retail investors that were on the receiving end of selling pressure, as Bitcoin miners were also feeling the heat.

As evidenced by the chart below, the revenue generated by miners had been declining over the last few weeks. This declining revenue could be one reason why miners are exiting their positions and succumbing to selling pressure.

The miner balance, at the time of writing, had reached a 10-month low of 1.8 million. 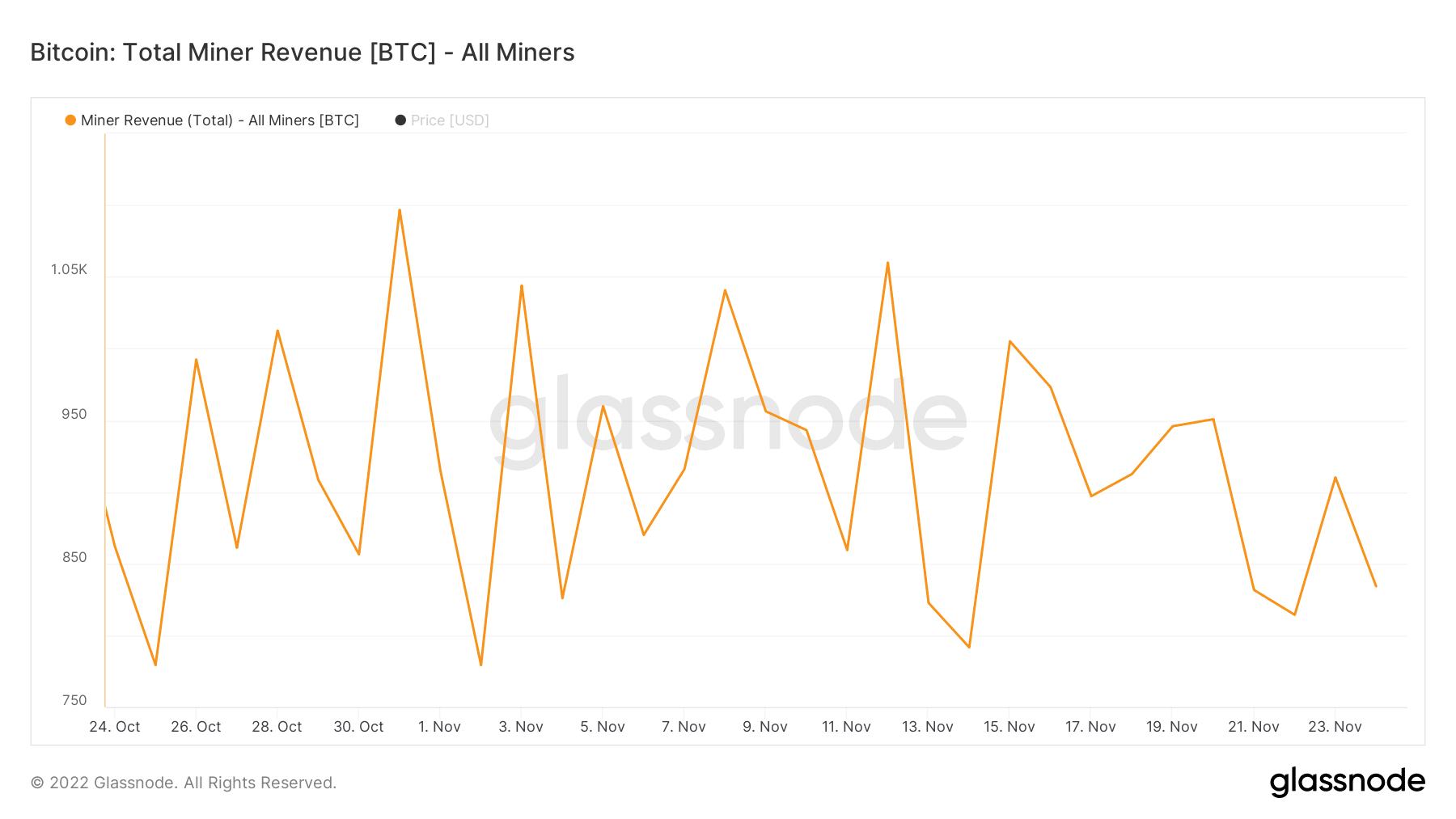