Solana NFT projects abandon the network for Ethereum, DeGods and y00ts announce their

Solana is considered the second largest NFT ecosystem in the world. Interestingly, the Ethereum-alternative is in a tough spot with top digital collectible projects leaving its network for competitors. The outlook on Solana remains bearish in 2022.

Solana network’s NFT projects DeGods and y00ts have revealed plans to migrate to competitor blockchains Ethereum and Polygon. While Solana is considered the second largest NFT ecosystem in the world, active developers and projects are leaving the network. Solana’s marketplace for NFTs is the fourth in trading volume according to data from DappRadar.

Based on data from Token Terminal, the number of active developers in Solana has decreased by 90% in 2022. With the declining activity on the Solana network, it is clear that projects and developers are moving on to competitor chains like Ethereum and layer-2 scaling solution.

Why Solana projects want to migrate to Ethereum and Polygon

The team is set to release the details of the bridge, when it will be released and tested. The Season three roadmap for the collection will be released in January 2023 with further details.

With two major Non-Fungible Token projects moving off the Solana blockchain, it becomes clearer that the development activity on SOL is declining. 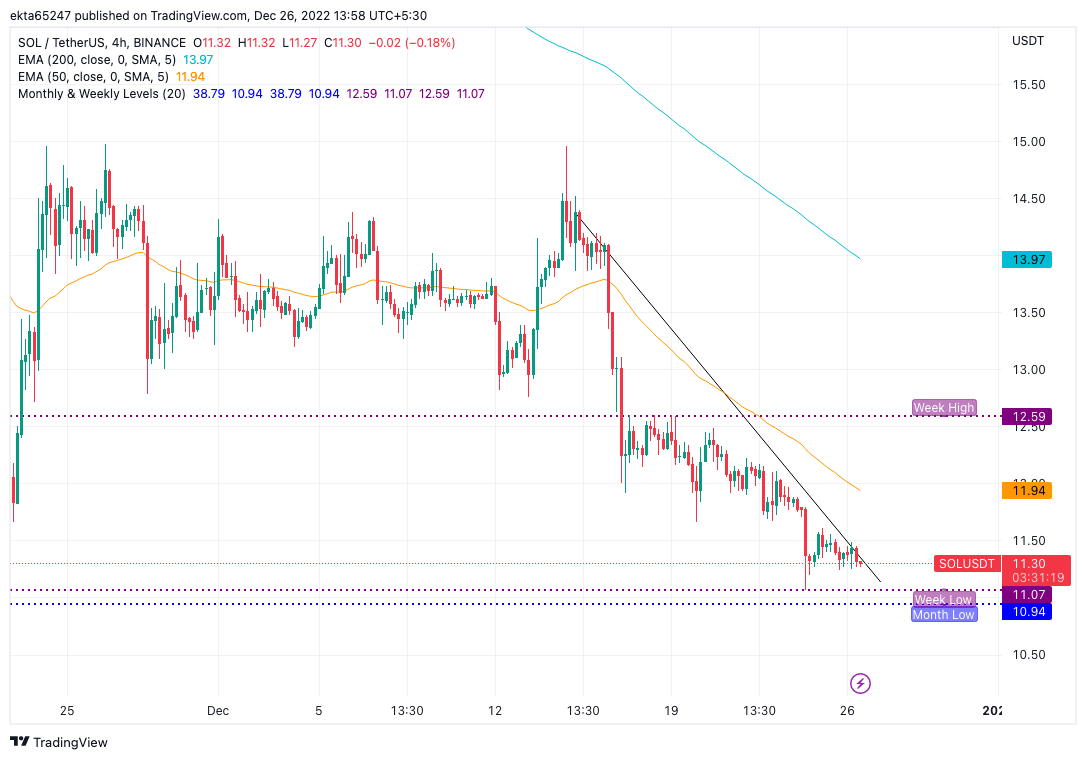 Solana price is at risk of decline to support at the weekly low of $11.07 and monthly low at $10.94. If the Ethereum-killer breaks out of its downtrend with a close above the trendline, it could invalidate the bearish thesis.